‘Indescribably cruel’ shark fin trade to be banned in the UK 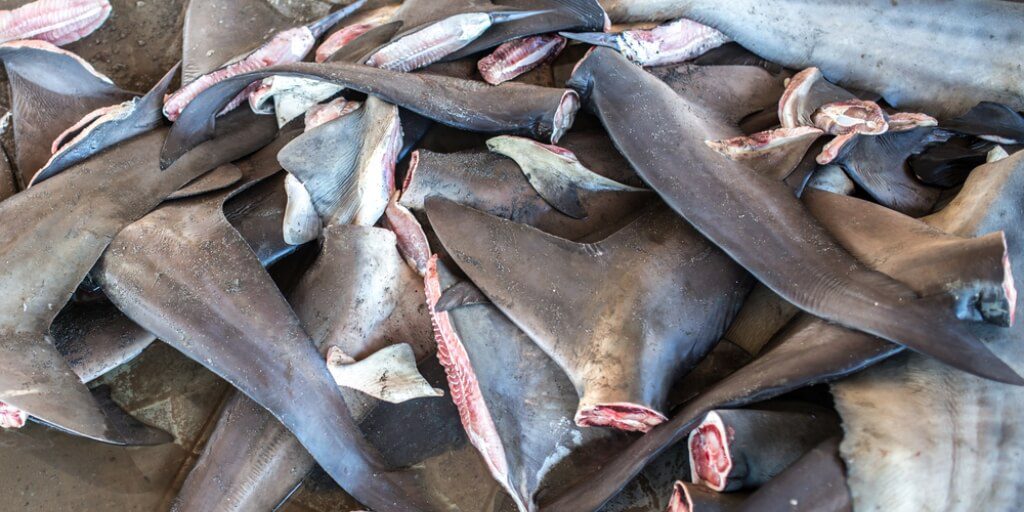 “Our action will not only help boost shark numbers, it will send a clear message that we do not support an industry that is forcing many species to the brink of extinction.”

The UK is set to phase out the ‘indescribably cruel’ shark fin trade in a bid to promote marine conservation.

The move makes it the first European nation to impose a ban on importing and exporting detached shark fins and products containing them.

While Britain banned shark finning over 20 years ago, it has still allowed trade under EU law, principally for shark fin soup.

“The UK has a strong track record in marine conservation, and we have been pressing for stronger international action to protect sharks against unsustainable fishing practices and shark finning,” a statement from the UK government said.

“Shark finning is the practice of removing a shark’s fins at sea and discarding the finless body back in the water.

“It is a barbaric practice that has rightly been banned in the UK for nearly 20 years, but we do still import shark fins which may contribute to the practice.

“To this end, we will bring in legislation to ban the import and export of detached shark fins.”

The International Union for Conservation of Nature has listed some 143 of the world’s 500 shark species as ‘under threat’ – with different species ranging from ‘vulnerable’ to ‘critically endangered’.

“That is why we are now banning the import both of detached shark fins and shark fin products.

“Our action will not only help boost shark numbers, it will send a clear message that we do not support an industry that is forcing many species to the brink of extinction.”

Shark conservationist James Glancy applauding the move said: “The unsustainable rate at which sharks are caught by global fishing fleets, as bycatch or deliberately for their fins and meat, has caused a significant decline in worldwide shark populations.

“Sharks have been around for millions of years and play a crucial role for the health of our oceans yet, as a consequence of human activity, many shark species are critically endangered and face extinction in some regions.”

The new law is part of Britain’s commitment to a slew of new measures to ‘eradicate cruel practices and improve standards both domestically and overseas’, as proposed in the Action Plan for Animal Welfare.

Other pledges include ending the export of live animals for slaughter and fattening; examining the use of cages for laying hens and farrowing crates for pigs; tackling the trade in puppy smuggling; cracking down on pet theft; increasing protections for kept wild animals by ending the low-welfare practice of keeping primates as pets; improving standards in zoos, and enhancing conservation.

The government is also exploring a ban on fur trade and foie gras imports as part of a wider Animal Welfare Bill.

Share this story: ‘Indescribably cruel’ shark fin trade to be banned in the UK.