63,000 live sheep to be shipped from South Africa to Kuwait on horrific export boat despite outcry – Totally Vegan Buzz
Skip to content

63,000 live sheep to be shipped from South Africa to Kuwait on horrific export boat despite outcry 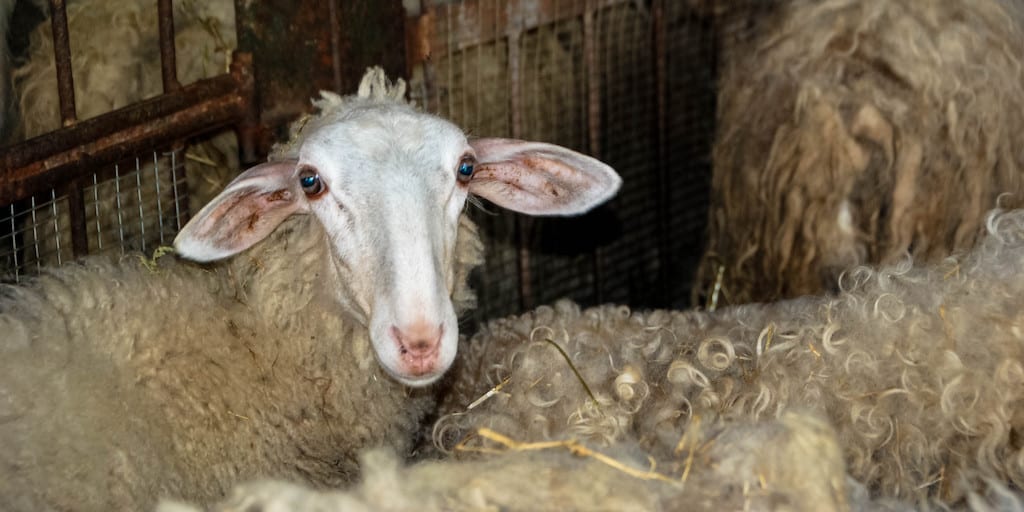 An export boat which is set to transport 63,000 live sheep from South Africa to Kuwait has led to outcry from activists who say the boat will cause extreme suffering and death to many animals.

Welfare groups have failed in attempts to prevent a second boat this month leaving Cape Town to arrive in Kuwait.

According to local news, the partnership between the exporters and farmers in Kuwait will hugely boost the economy, with the deal worth nearly £6m.

Sheep are often exposed to extreme overcrowding, crushing and dehydration which often leads to the death of many animals.

NSPCA executive director Marcelle Meredith said in a statement: “The NSPCA has obtained warrants for the feedlot and the harbour and ship and is sending a team to East London to monitor the loading and intervene when the Animals Protection Act No 71 of 1962 is contravened.

“Our current warrant remains valid so if the ship arrives and they start loading, we will have access to the harbour and the ship to monitor the loading process.

“We are flabbergasted that Al Mawashi would send a ship with a similarly bad reputation to the Al Shuwaikh, essentially another rust bucket, to South Africa after the 2019 export outrage.”

Government-owned importer Al Mawashi (AM) has dismissed the activists’ claims, with managing director Ilyaas Ally quoted by the Daily Dispatch accusing protesters of creating narratives that  “do not fully understand or appreciate the potential of the live export industry as a catalytic driver for socio-economic development and a more inclusive agricultural economy”.

“AM not only adheres to but exceeds all the standards and regulations for animal welfare and protection established by the World Organisation for Animal Health,” he said.

“The export of animals across the ocean on livestock carriers is in no way unlawful or illegal. The shipping of livestock is done in a very, very humane way.

“We are aiming to build a business that will turn-over R1.5bn per annum.”

Activists from welfare group Ban Animal Trading have attempted to inspect operations on the huge export boats, but claim they were refused entry.

“We would like to see proof of this ‘humane way’. Why won’t they allow anyone on the ship to see for themselves? There’s no proof to their claim,” a spokesperson said in a statement.