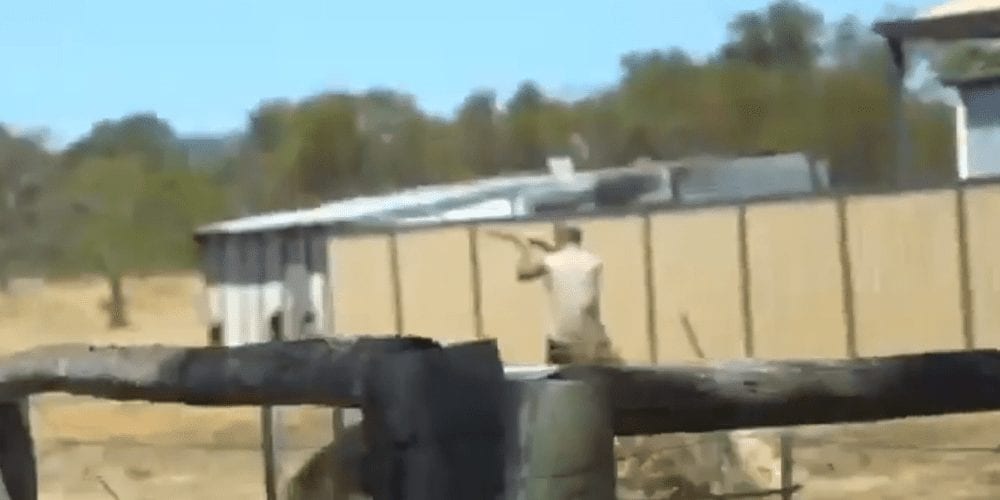 An Australian farmer fired shots after clashing with vegans at his property, amid complaints they were filming his cows and refusing to leave.

Owner of the farm Jason Parravacini approached the car, and a heated interaction between the pair was reported by 7 News.

Warden asked about the cows, to which Parravacini said it’s ‘none of you f***ing business’.

The farm owner demanded the group stop filming, attempted to grab the key from the ignition and said ‘you get the f*** out of my place’.

“I’m a primary producer. I’m feeding most of the world. And a lot of people don’t complain it’s only guys like you so I suggest you move on.

“Youse are tormenting Harvey. Get the hell out of here.

“This is ridiculous, move on mate,” he added.

Parravacini then moved away from the car, and the video footage from Direct Action Everywhere shows him in the background appearing to fire a gun.

“He’s got a gun, he’s got a shotgun, he just shot bullets,” the activist said.

DxE’s activist Warden has been the face of the group’s disruptions in the past. Last year he targeted an Australian steakhouse telling diners that ‘meat is murder’.

After the recent incident, he said: “These farming communities are an echo chamber for this kind of violence and it does not surprise me whatsoever that they are now targeting and acting in violence towards human beings.”

But Parravacini claims he was provoked. He told the Weekly Times: “They’re just fabricating story after story. People have just had enough. If they want to be vegan by all means be vegan, look that’s their choice. But just leave us alone.”