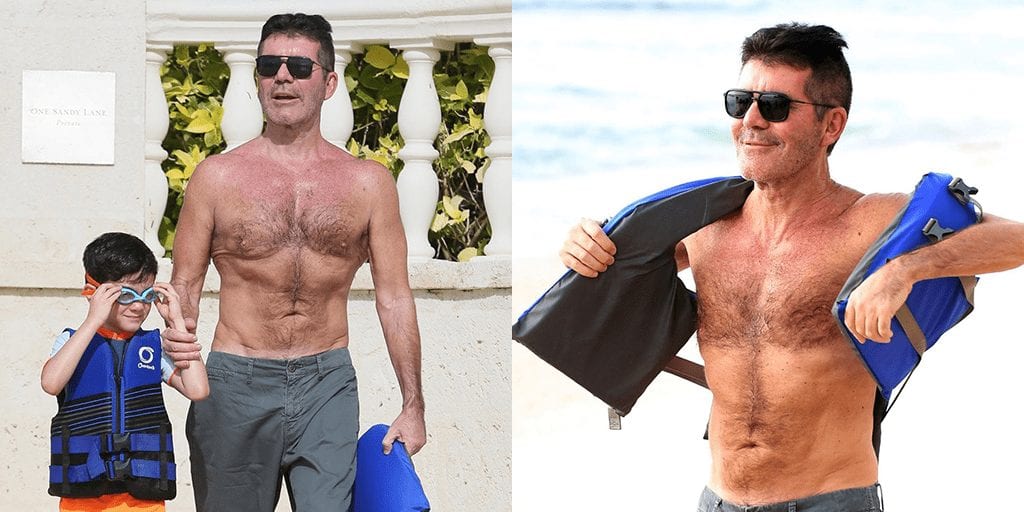 ‘What you eat has to taste nice — otherwise you won’t stick to it.’

Simon Cowell’s lifestyle overhaul has not only helped him shed around 60 lb in just 12 months but also feel more energetic and sharper and sleep better.

Which is why he intends to help others wanting to embrace a plant-based life by releasing a diet recipe book titled ‘It’s Not That Difficult’.

“It’s something I have been thinking about because everyone’s so interested,” he told the Sun.

“I think I would call it, It’s Not That Difficult…I’d give people some of the recipes I have been following.

“What you eat has to taste nice — otherwise you won’t stick to it.”

Currently in quarantine with partner Lauren Silverman and their six-year-old son, Eric, Cowell continues to follow a disciplined plant-based regime and exercise regularly to avoid piling on ‘lockdown weight’.

“I’m doing a bit of cooking, I’m exercising. Funny enough, more during this time as well, sticking to the diet.” he told Terri Seymour for Extra.

“The only difficult thing is when Eric orders a pizza… That’s the number one thing I miss.

“I think I have dropped, since I started this diet just over a year ago, maybe 60lb.”

Cowell’s vegan calling came after a major health scare in 2017. The 60-year-old actor was hospitalized after he fell down the stairs due to low blood pressure.

On checking his blood reports, his doctor advised a strict diet regimen, which included cutting down alcohol and all meat and dairy products.

He told Extra: “I went to see this guy who’s very well-known. And he said to me, after doing some blood work, ‘You can’t have red meat, dairy, sugar, bread or gluten.”

‘Able to keep up’

The TV mogul is reaping the full benefits of a plant-based diet. He admitted he not only sleeps better but also feels energetic enough to ‘keep up’ with his young son Eric.

Speaking at an ITV palooza event, he said: “My memory’s better, my energy’s better. And when you’ve got a five-year-old you’ve got to be able to keep up with them because the minute they’re awake they’re all over the place.”

Share this story to promote the benefits of a plant-based life!