Singers aim for first vegan Christmas No.1 with ‘Peace On Your Plate’ – Totally Vegan Buzz
Skip to content

Singers aim for first vegan Christmas No.1 with ‘Peace On Your Plate’ 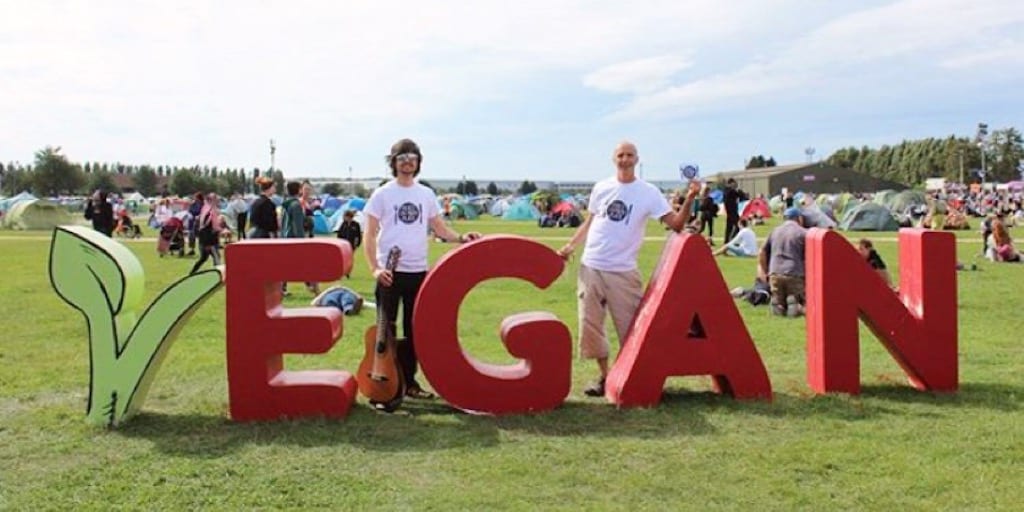 A collaboration of vegan musicians, celebrities and activists are aiming to storm the UK charts and achieve the first ever vegan Christmas number 1.

‘Peace On Your Plate’ will be released this Christmas to spread the vegan message of peace and compassion for all animals.

The song has a direct vegan message, asking everyone around the world to ‘put peace on your plate this Christmas Day’ and avoid meat and dairy.

The song was written by vegan musicians Gavin Chappell-Bates, who has appeared on BBC Radio 2 and BBC 6 Music, and Giles Bryant, leader of The Perpetual Choirs. All profits from Peace On Your Plate will go to vegan charities.

Gavin and Giles explained they want to capture the momentum of the vegan movement by celebrating the messages of Christmas – peace, love and good will.

‘Peace On Your Plate’ begins with an evocative image of a traditional family Christmas, which is then contrasted with an image of the horrific conditions factory farm animals live in.

Despite a serious message, it is an upbeat and positive song, insisting that ‘we can be the change’.

The music mirrors classic Christmas song style, and aims to be the first Christmas-related number 1 since Band Aid 20 in 2004.

The song will be released in December 2019 and all profits will support animal welfare campaign charity Viva! and Tower Hill Stables Animal Sanctuary.

Vegan musicians from all around the world have got involved in the project, performing on a demo of the track, which you can hear on Soundcloud.

The team are attempting to enlist the help of musicians, celebrities and activists to be part of ‘Peace On Your Plate’, including Paul McCartney, Moby and Simon Cowell. The song will then be re-recorded in time for its Christmas release.

Fiona Oakes of Tower Hill Stables said in a statement to Totally Vegan Buzz: “I’m proud to support Peace On Your Plate for so many reasons but first and foremost for the animals that will benefit from this amazing initiative.

“We are what we eat and if we do not consume the product of violence, exploitation and death we will not promote and perpetuate this behaviour in our own actions. Peace On Your Plate leads to peace in your heart, mind and soul!”

Roisin McAuley, Viva! Campaigner, added: “We are thrilled to support Peace On Your Plate. The intensive farming industry goes against everything that Christmas represents.

“Christmas should be a season of peace and goodwill and that’s exactly what Peace On Your Plate hopes to achieve. Support this song and sing it loud and proud — help extend our compassion to all creatures this Christmas.”

Share this article and help achieve the first ever vegan Christmas number 1.