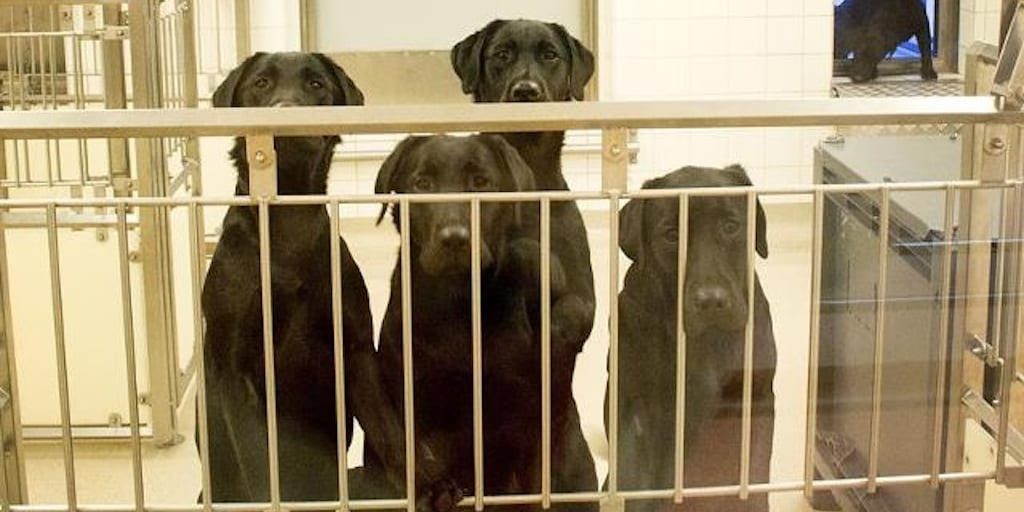 Six Labradors have been killed in Sweden as part of a medical trial for human dental implants despite an 84,000-strong petition condemning the study.

The University of Gothenburg was faced outrage in response to a trial which saw the dogs have more than a third of their teeth pulled.

The Djurrättsalliansen (Animal Rights Alliance) started a petition to save the lives of Venus, Milia, Mimosa, Luna, Lotus and Zuri on the conclusion of the trial, but the university refused offers to rehome the two-year-old dogs.

Researchers argued the Labradors needed to be dead to fully analyse the effects of implants.

Göran Landberg, Deputy Vice-Chancellor for Research at the university, told The Local: “It’s difficult for us to reach a consensus on these issues, but dialogue is important.

“As we see it, animal experiments are still needed in some kinds of research, to develop new medicines and treatment methods and gain basic knowledge.”

But the research has seen widespread criticism from activists, celebrities and the public.

The research has been in the spotlight in Swedish media, and vet Mark Colling appeared on TV4 to discuss its methods, and said he believed it would have caused the dogs great pain and left them in emotional turmoil.

But the study is not believed to break any of Sweden’s animal protection laws.

The University said in a statement: “We do understand how animal testing can arouse strong emotions, but we also would like to stress the fact that periodontitis is still a major public health issue, and the research conducted here is crucial to many people.

“It may be difficult to imagine the problems arising from severe periodontitis, or following cancer treatment that causes a loss of speech. Not being able to speak, or eat with other people, frequently leads to complete isolation.