Skeletal bears live in their own filth at ‘zoo from hell’ 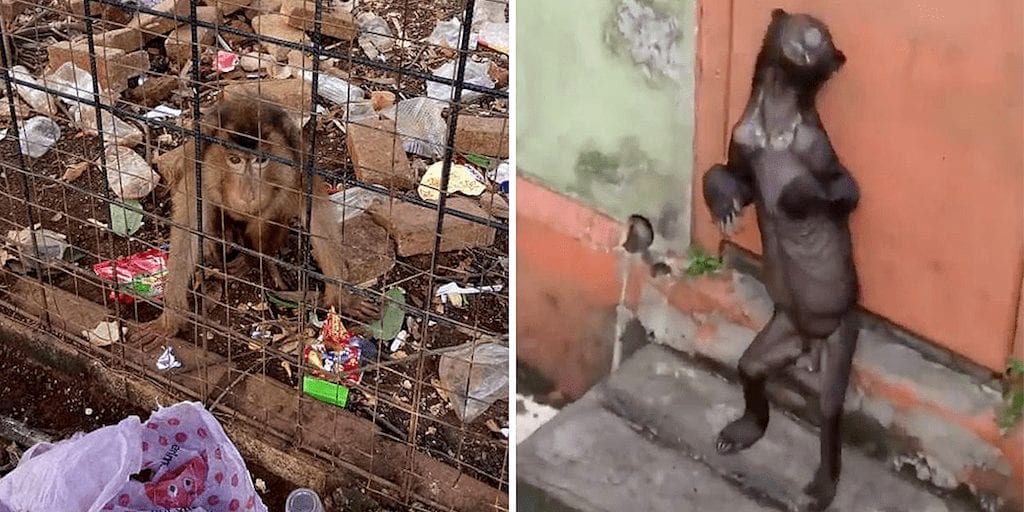 Animal rights groups say 90% of zoos in the country should be shut down after sharing shocking images.

Monkeys are seen in filthy, tiny cages and tigers are kept on short chains and forced to pose with tourists for selfies.

One video shows a clearly distressed bear – so malnourished it bones can be seen through its skin.

Animal welfare groups have called for a change to laws and animal protections in the country to end the abuse.

Marison Guciano, of the Indonesia Animal Welfare Society, told the South China Morning Post: “According to a search by wildlife monitoring group the Scorpion Foundation in 2017, around 90% of zoos in Indonesia are unfit for habitation.

“I think the situation has not changed much now.”

Guciano argued that the vast majority of zoos are neglecting their responsibilities to keep the animals well fed, free from pain and discomfort and free to behave as they would in the wild.

A video of a malnourished bear sparked investigations after being shared thousands of times on Twitter.

The West Kalimantan Natural Resources Conservation Agency said it would monitor the zoo following the video, but activists say not enough is being done.

Another zoo in West Java was exposed for confining animals in tiny cages surrounded by trash.

Zoos have blamed tourists for the litter but said they would clear the cages.

Another video at the Taman Safari Cisarua in West Java showed a trained lashing out at a tiger to force it to pose for photos.

“We stand against wildlife attractions for the sake of entertainment rather than education. These attractions are a form of animal abuse and exploitation,” activists wrote to authorities.

“Animal trainers and showmen frequently engage in negative reinforcement, whipping and striking animals, forcing them to carry out unnatural tricks and demonstrating that the animals can only be ‘controlled’ by pain and fear.

“Performance in the presence of spectators are likely to cause severe stress to captive wild animals.

“Loud noise is a well-known stressor; acoustical stress within and outside the human hearing range can cause critical alteration in physiological parameters for captive animals.

“Stress caused by such conditions can cause severe behavioural and physiological problems for captive wild animals.

Share this article to exposed the truth behind animal tourism.