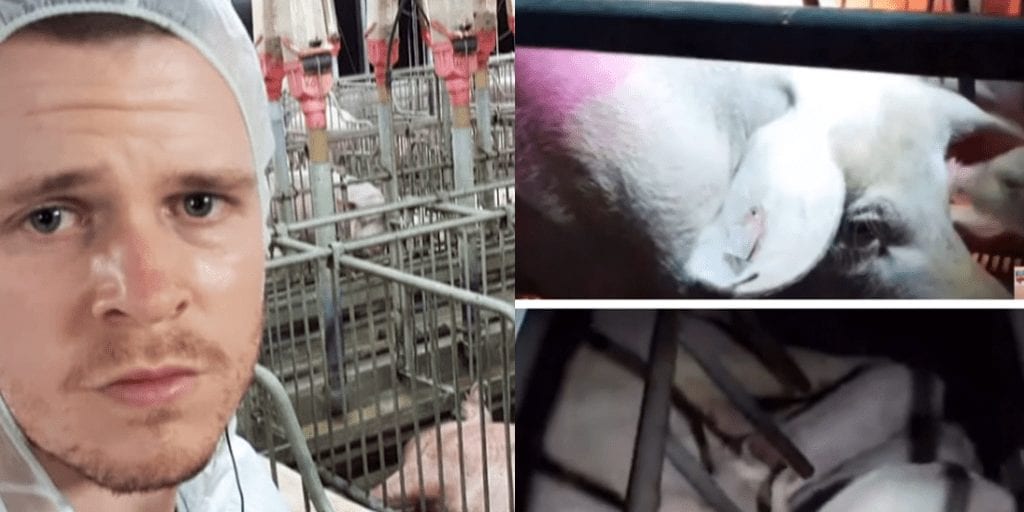 Vegan activists who hold demonstrations at slaughterhouses and farms can now face five years in prison in Australia, the government has announced.

Protesters aiming to expose brutality can also face fines of up to $12,600 AUS as officials aim to deter a wave of activism in the country in recent times.

Activists often use tactics of chaining themselves to slaughterhouse machinery or sneaking into properties to take secret footage, and the new law aims to prevent these methods.

Attorney-General Christian Porter said: “Trespass onto agricultural land has the potential to cause food contamination and breach biosecurity protocols. It can also lead to farmers and their families feeling unsafe on their own land.

Earlier this year the biggest vegan protests in history saw demonstrators blocking off streets in Melbourne, while activists occupied farms and slaughterhouses around the country.

Actions such as this have been key in exposing brutal practices in the meat and dairy industries, but Prime Minister Scott Morrison had promised he would crack down on the protesters in his recent campaign.

Protests have been on the rise since the makers of vegan documentary Dominion launched an online map showing the location of every meat and dairy farm in the country.

Ministers had claimed that the map of slaughterhouses needed to be taken down ‘before someone is killed’.

Minister for Agriculture, Bridget McKenzie said about the new legislation: “These laws are necessary to protect farmers and their businesses – most of them small family businesses – from potential trespass, property damage, theft and biosecurity breaches, and the substantial loss of income that could follow.”

Earlier this year prominent Direct Action Everywhere protester James Warden was arrested for his role in exposing horrific conditions at a pig farm.

He live streamed a video on Facebook which showed pigs with open wounds and bruises inside tiny 1.5m by 2m pens.

Warden also discovered a group of dead piglets on the floor which he speculated were either crushed to death or killed.

What do you think of the move by the Australian government? Share your thoughts in the comments below!