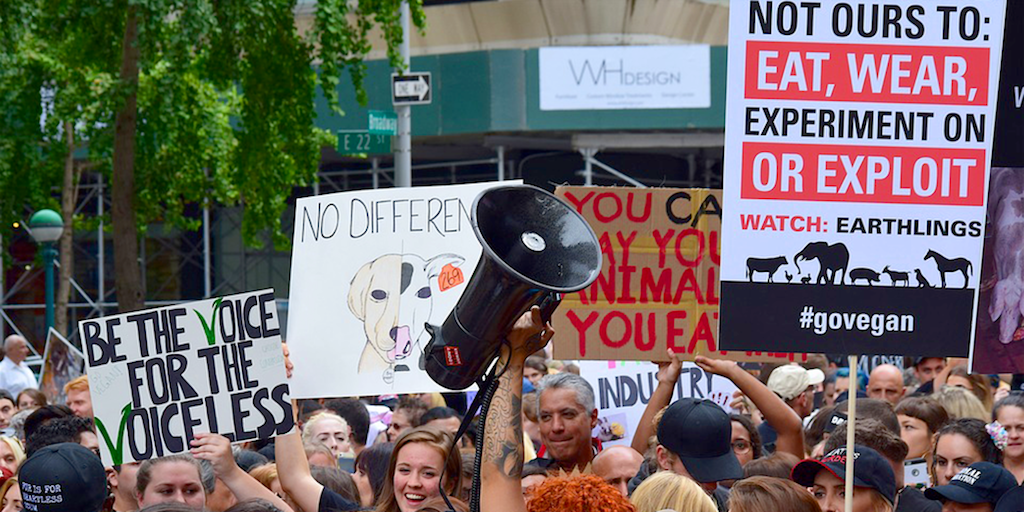 Animal rights activists who protest at or disrupt slaughterhouses in South Australia can be handed harsh prison sentences or heavy fines under proposed laws.

The state government is planning to introduce a new offence of ‘aggravated farm trespass’ to clamp down on a rise in vegan protests.

New laws would see activists slapped with $10,000 fines or a 12-month jail sentence.

“The new aggravated farm trespass offence would penalise a person who trespassed on primary production land and interfered with the conduct of primary production activities on the land, or did anything that puts the safety of people on the land at risk,” Attorney-General Vickie Chapman said in a statement.

“Animal rights activists are tremendously passionate about their cause but trespassing and causing damage on private property is not an acceptable way of getting a message across.”

Other measures have also been proposed to deter activists from targeting farms. Plans include doubling the fines for interfering with farm gates to $1,500 and tripling the fine for disturbing farm animals to $2,500.

The government claims the new laws would be a balance between allowing free speech and the right to protest while protecting a vital economy.

The new legislation is undergoing a period of consultation before it will be introduced to parliament.

The proposed legislation is a blow to animal rights activists in Australia, who use demonstrations to raise awareness for animal abuse while saving animal lives in the process.

Earlier this year the biggest day of animal rights demonstrations in history swept through Australia.

Demonstrations were organised by the makers of vegan documentary Dominion, and protesters urged the public to watch the film.

In one incident, 20 activists chained themselves to machinery at slaughterhouse the Carey Bros Abattoir at Yangan, south-west of Brisbane.

Workers at the site were in a stand-off with the activists for two hours as the group refused to leave.

Eventually, they agreed to end to the demonstration on the condition that the slaughterhouse spared the lives of three lambs, which were given to the activists.

The rescued lambs were taken to sanctuary Farm Animal Rescue to live out the rest of their lives.

What damage could the new laws do to animal rights activism? Share your thoughts in the comments section below!