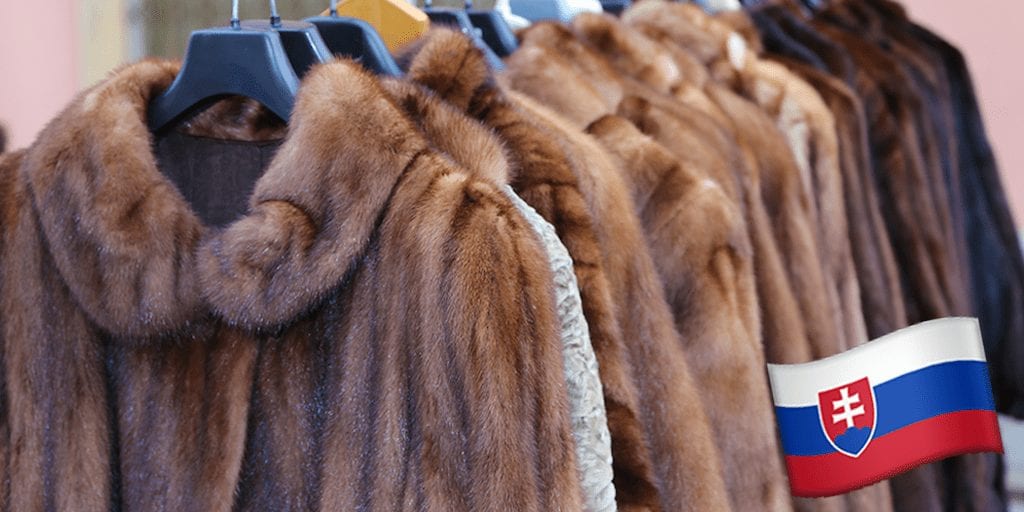 Slovakia has become the 14th European country to ban fur farming after an animal rights group published horrific footage from a mink farm in the country.

Humánny pokrok, an animal NGO, started a petition in March asking the government to ban fur farming after its undercover investigation revealed deplorable conditions and animal suffering in mink farms.

The minks were found to be packed in small, filthy cages with some being grievously injured and showing signs of cannibalism and maniacal behavior.

The footage sparked public outrage and the NGO garnered 76,000 signatures within just seven months of the campaign.

Acting on public demand, MP Eva Antošová (Slovak national party) submitted the ban proposal in September, which was passed with a majority vote of 107 out of 150 from all political parties.

The ban comes into effect in 2021 with a ‘phase-out period’ for existing farms until 2025.

Currently Slovakia has one mink farm that can house up to 5000 minks and 8 rabbit fur farms operating in the country.

With the bill being passed, the President of Humánny Pokrok, Martin Smrek said: “It is a big victory for animals and a sign that Slovak society is progressing and tens of thousands of people are ready to stand up for the animals and their protection.

“Slovakia has made a big step forward today and we hope that this is the beginning of a new brighter future for animals in our country.”

Many other countries including Ireland, Norway, Czech Republic, Belgium, the Netherlands, and the UK have implemented governmental policies to either completely ban or phase out fur farming.

What do you think of Slovakia’s fur farming ban? Share your thoughts in the comments below!