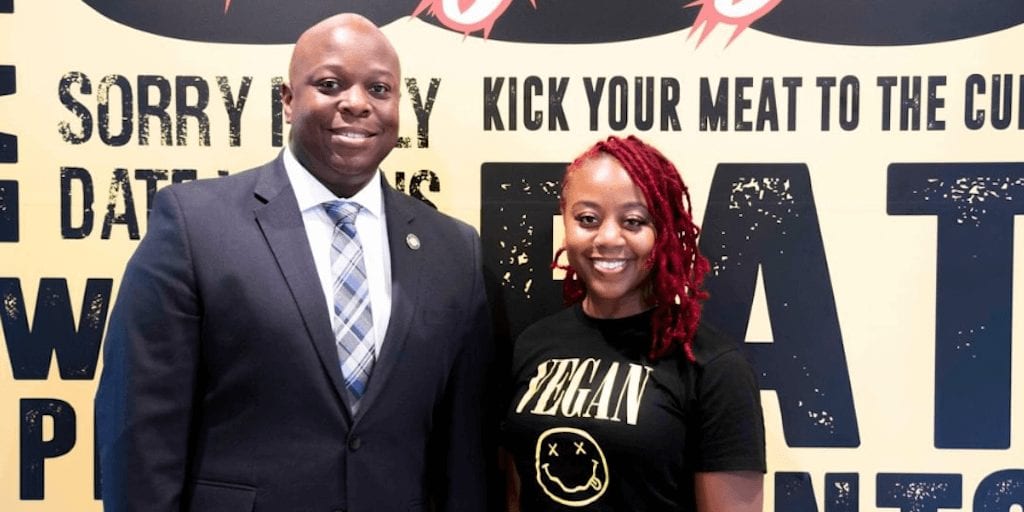 ‘Whatever the need is, we’re gonna fulfill that need if these brothers want the opportunity’

The initiative aims to empower youth financially, educationally and through entrepreneurship.

As part of the programme, Cole’s foundation will not only give jobs to up to 30 young offenders at her restaurants and trucks in the metro Atlanta area but will also offer $10,000 annually in scholarships to each of them, who’ve earned a high school diploma or equivalent to use for college.

Cole, who has supported a number of initiatives to back communities of color, is excited to spark a change in the community for youth who need a helping hand after knowing firsthand how incarceration can wreck a young man’s future.

“Whatever the need is, we’re gonna fulfill that need if these brothers want the opportunity,” she said.

“This more than about burgers and fries. It’s about helping these young men change their lives.”

“I am thankful for the leadership of Commissioner Oliver for thinking outside of the box to ensure Georgia youth are given the tools necessary to thrive,” she added.

‘Opportunity to succeed and be productive’

DJJ Commissioner, Tyrone Oliver said: “I am excited about this new partnership that will strengthen our efforts to provide job-related services for our youth once released from our custody.

“The Pinky Cole Foundation is giving these young people a better opportunity to succeed in life and be productive workers in their community.”

He added the partnership will also help reduce the chances of recidivism and the initiative is already bearing fruit.

“I could be doing a lot of other things, but now I’m here. It’s just a big difference for me because now I know I have a steady income and it’s legit and nobody can ever take the legit money from you,” White told FOX 5’s Portia Bruner.

Speaking on the scale of impact on young lives, Oliver told Fox5: “Not only do we hold our youth accountable, but also provide an opportunity of hope so they can become productive members of society and be law-abiding citizens.