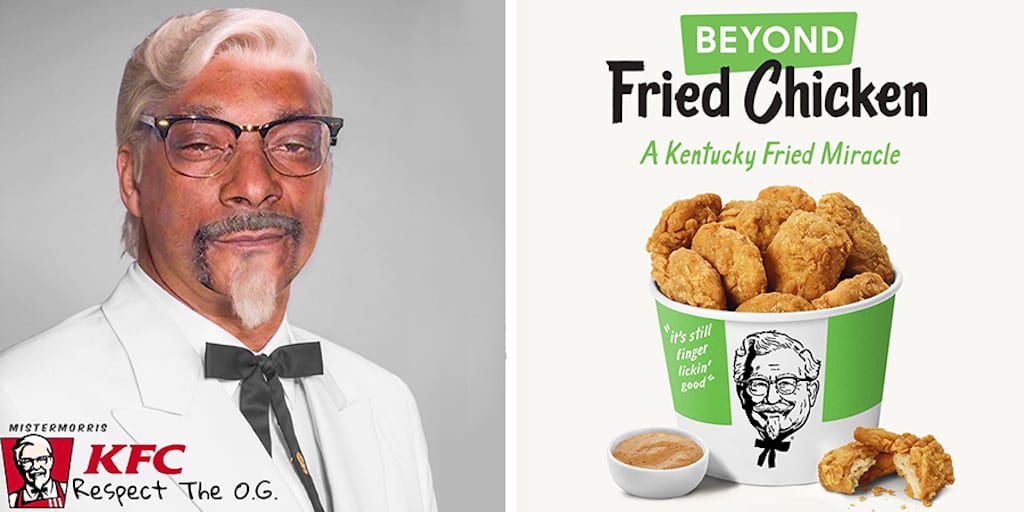 American rapper Snoop Dogg has hinted he may have been the inspiration behind KFC’s launch of vegan chicken.

KFC launched its vegan nuggets and boneless wings trial this week, which are made from Beyond Meat vegan chicken, leading to rave reviews and immediate sell-outs.

And Snoop, a Beyond Meat ambassador, has posted a video in which he is seen apparently calling the company‘s CEO, hinting that he could have inspired the idea for the product.

He says to co-fouder Ethan Brown: “Look, I’m sitting here caught in the mess of all this chicken stuff going on.

“I came up with an idea and I think you could possibly help us put it together man. Some plant-based chicken, right?

“But do it with the originator, the OG, with Colonel Sanders.”

Later in the video, the rapper is seen tasting the meatless food and saying: “Thanks to the Colonel. Hmm. Finger-Lickin’ good you hear me?

“Now get on down there and get you some – don’t be last, be first. Tell em Snoop Dog sent you.”

Whether it was really Snoop Dogg’s idea or not, KFC had a fantastic turnout on August 27, when the product sold out within 5 hours.

Consumers flocked to the fast-food chain’s outlet and queued up for hours to try the new product.

Those who managed to get their hands on it said ‘it was worth the hype’.

Would you try KFC’s vegan chicken? Share your thoughts in the comments below!