Snoop Dogg’s vegan family helping him ‘change up’ his diet 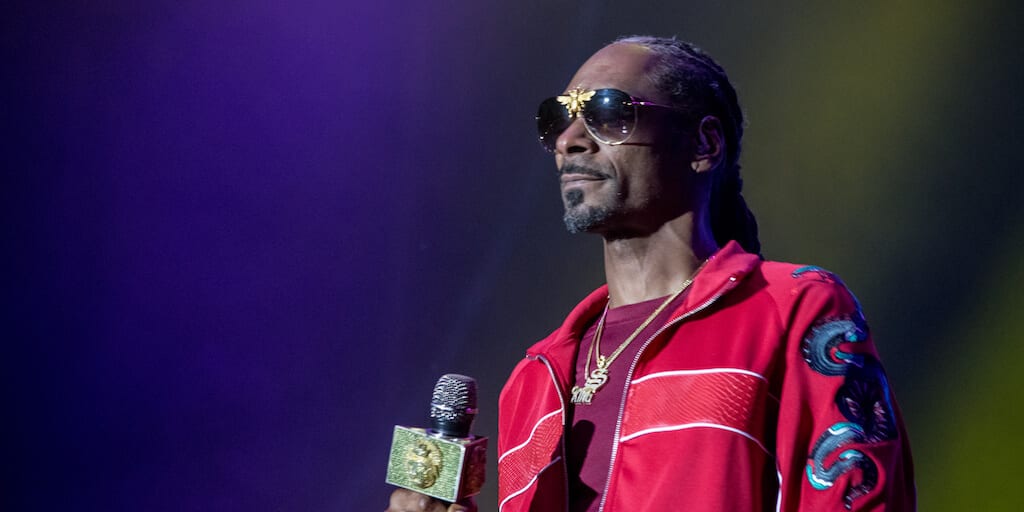 Snoop Dogg’s family is helping him choose more plant-based foods so that he can ‘continue to be at the top of my game,’ despite his hectic schedule.

In an interview with Forbes, the iconic rapper shared: “With such a busy schedule, I needed to make sure that I’m taking care of myself both mentally and physically.

“I needed to change up my diet a bit to help me give me all the nutrients I need to continue to be at the top of my game.

“Some of my immediate family are vegan and vegetarian so they helped me figure out the best plan with me.”

The fact that Dogg pays a lot of attention to his health is evident from the pictures he shares of himself on his social media accounts. Recently, the American musician, who has a 52 million following on Instagram uploaded a snap captioned “48 feeling great,” in which he is proudly displaying his well-sculpted and toned arms and overall fit physique.

Though Dogg has not confirmed switching to a complete vegan lifestyle, he is often seen promoting plant-based foods and has even sneaked it into his family’s diet.

He is also an investor in Beyond Meat and plant-based snack company- Outstanding Foods, which released vegan pork rinds earlier this year.

“They’re a great company and I like what they’re about,” he explained in his interview. “They have great leadership, good eats, and healthy choices.

He added: “You know, I always have to have the Texas BBQ PigOut Pigless Pork Rinds on deck, ya hear me?”

“I’ve always known about the benefits of CBD and THC, long before it became popular. Adding more plant-based foods and veggies into my life only elevated what I already knew,” he told Forbes.

He also hinted on a potential collaboration with Martha Stewart, who is gearing to launch a CBD products line with Canopy Growth.

The two have been friends ever since the American rapper appeared on Stewart’s talk show in 2008, followed by 2016’s VH1 show Martha and Snoop’s Potluck Dinner Party.

In July this year, he made another appearance on the 78-year old’s New HGTV Gardening Show- ‘Martha Knows Best,’ and learnt new skills in herb gardening.

“You know, Martha always has me sharpening my green thumb,” he told the interviewer of his friend.

Will Snoop Dogg be a good vegan ambassador? Share this story and let others know what you think.