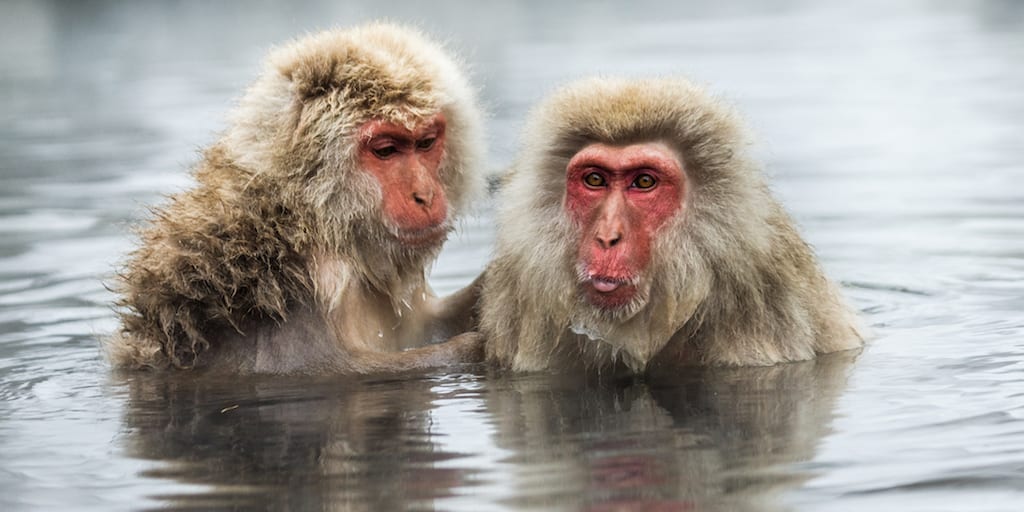 Animal trainers in Japan have come under fire for forcing macaques into degrading performances which experts say would cause them great anxiety.

Despite being idolised in traditional Japanese performances, the animals are exploited by owners who train them to play football matches among many other demanding tricks in front of excited spectators.

Macaques are forced to wear bizarre outfits such as diapers and leisure suits – a feature by National Geographic documented the ampitheatre’s treatment of the monkeys.

Visitors can play air hockey with the monkeys, while other animals hand out fortunes while others are forced to perform physically demanding tricks and balance on tall, unstable polls to wow onlookers.

Macaque shows stem from traditional Japanese culture, as ancient communities believed that they are able to fight off evil spirits and make way for good fortune. Monkey performances have been a part of Japanese culture for more than a thousand years.

But the modern shows pay little back to the animals for their historic significance to Japanese culture.

Keiko Yamazaki, executive director of the Animal Literacy Research Institute, told National Geographic that many monkeys are harshly treated and physically abused by their owners.

“It’s like the circus. When you go back in history, you see animals have been trained using extremely abusive methods, and the monkey business is no exception. But culture evolves—it’s not set in stone,” Yamazaki said.

Public opinion across the world leads to tough protections for dogs and cats, but Yamazaki wants all animals to be treated as equals.

“A lot of the welfare groups lobby for the kittens and the puppies—they want no-kill shelters. The cat ladies get a bigger following,” Yamazaki continued.

Share this article to reveal the truth behind animal tourism. What do you think of the treatment of macaques in Japan? Share your thoughts in the comments section below!