Spanish bullfighting is in rapid decline 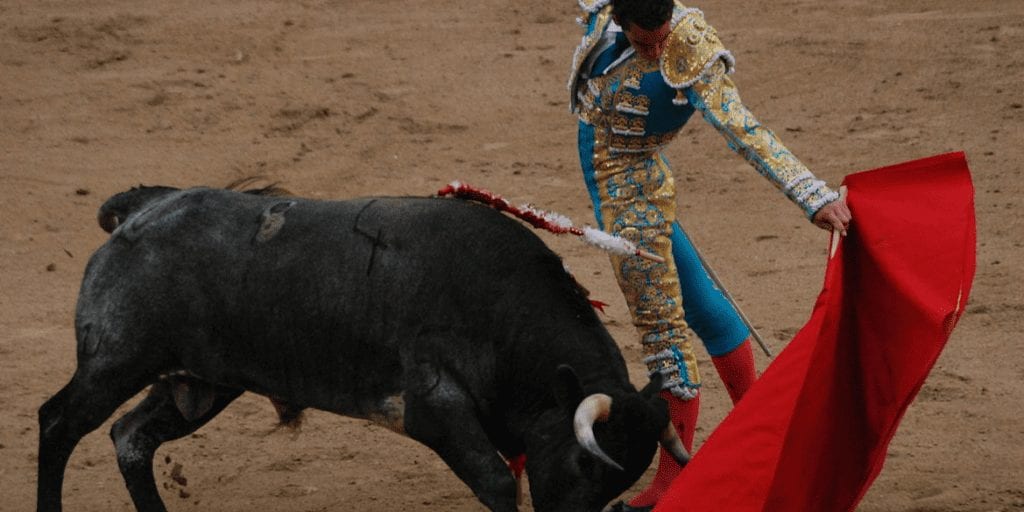 Spanish bullfighting is in rapid decline as public opinion increasingly mounts against the cruel and torturous practice.

Bullfighting involves humans attempting to subdue and kill animals in the name of entertainment.

Data released by Spanish authorities reveals that the sport’s popularity is drastically declining as the public wakes up to its brutality.

The majority of the Spanish population and tourists alike now oppose bullfighting, while in many areas the practice is outlawed.

Catalonia and the Balearic Islands have both passed legislation which effectively prevents bullfighting from taking place.

Running of the Bulls

But sadly, arguably the most brutal bullfighting spectacle of all is still legal and draws in over one million tourists every year.

The Running of the Bulls event in Pamplona’s San Fermín festival forces bulls to run through the slippery narrow streets in the city, where they are herded towards a bullring, and ultimately stabbed to death.

48 bulls in total are tortured and killed. When they arrive in the bullring men stab them multiple times with harpoon-like spears, causing the animals to bleed to exhaustion.

People for the Ethical Treatment of Animals explained: “Then, the matador stabs the exhausted animal with a sword, and if the bull doesn’t die straight away, he’ll commonly use a dagger to cut the animal’s spinal cord. Many bulls are paralysed but still conscious as their ears or tails are cut off as trophies.”

What do you think of the Running of the Bulls festival? Share your thoughts in the comments below!