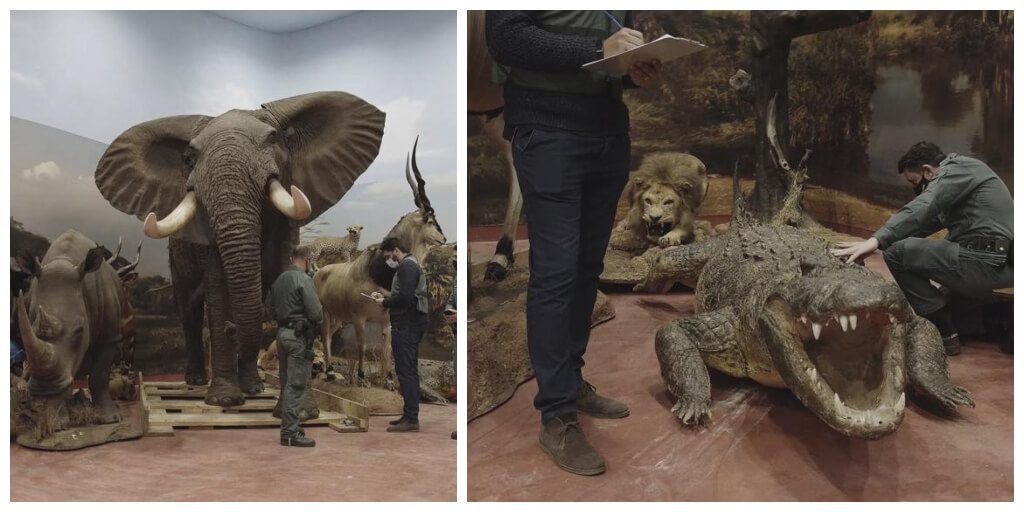 The Civil Guard described the collection as the country’s “largest haul of nationally-protected taxidermied animals and one of the largest in Europe”.

Spanish police have seized one of the largest hauls of animal taxidermy in Europe, after an industrial warehouse in Bétera, Valencia was found to contain more than 1000 specimens including stuffed rhinos, polar bears, elephants and other animals.

Among the 1,090 animals seized, 405 are classified as protected, endangered or extinct, including the scimitar-horned oryx, a snow leopard and the severely threatened Bengal tiger.

The Civil Guard described the collection as the country’s “largest haul of nationally-protected taxidermied animals and one of the largest in Europe”.

The discovery was the result of an investigation that began in November 2021. The Valencia police’s nature protection team led the operation after agents became aware of a possible private collection in Bétera.

The warehouse owner is an unnamed businessman, and a member of a well-known family working in the construction industry. However, he has not been arrested.