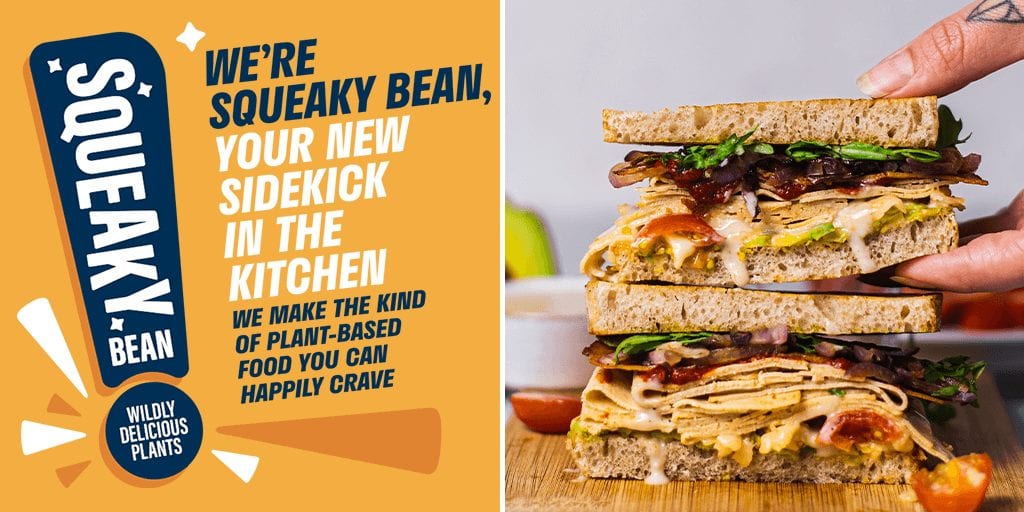 The slices have been developed to cater to ‘flexitarians looking to reduce their meat intake – whether for health, environment or animal welfare concerns’ as well as vegans and vegetarians

Vegan food UK revealed that the new meat-free slices will launch into 221 Sainsbury’s stores on 21 September, as well as 155 Waitrose stores on 30 September.

New Vegan Roast Chicken Slices Launch Next Week at @sainsburys 😲 …… Are you a @squeakybeanveg fan? If these are anything like the other #veganmeats that Squeaky Bean have launched then we are in for a TREAT! 🙌 These #veganchicken slices: 💜 Cost £2.50 💚 Are Ready-to-eat 💙 launch at Sainsburys 21st September 💛 Launch at @waitroseandpartnerspr on 30th September And we cannot wait #AD

In response to strong vegan demand

Squeaky Bean revealed the meat-free slices are a result of strong consumer demand for vegan options.

The slices made entirely from plants are a vegan twist to the brand’s existing and popular range of Pastrami and Ham Style Slices.

Describing the new product, the brand said the slices have been developed to cater to ‘flexitarians looking to reduce their meat intake – whether for health, environment or animal welfare concerns’ as well as vegans and vegetarians.

In addition, according to the brand, the protein rich ‘deliciously savoury’ slices made from a blend of wheat, tofu and herbs will ‘challenge negative perceptions of vegan food.’

“Squeaky Bean is your sidekick in the kitchen, with these wonderfully versatile and flavourful Roast Chicken Flavour, Sarah Augustine, Squeaky Bean co-creator, said

“Slices that are sure to challenge negative perceptions of vegan food. Adding a deliciously moreish filling to sandwiches has never been easier – that’s if you can resist eating the Slices straight from the pack!”

‘Sure to cause a flutter’

Citing a recent survey from the British Sandwich Association, in which chicken topped the list of the nation’s favourite sandwich fillings leading to more than 43,000 tonnes of chicken being consumed every year in the sandwich market alone, the brand believes its ‘realistic and succulent’ slices will help reduce the amount of chickens consumed.

The new roast chicken style slices are ‘sure to cause a flutter among consumers who are looking to reduce their meat intake, as well as those who are committed to a vegan diet,’ the brand added.

Squeaky Bean Roast Chicken Slices has a recommended retail price of £2.50 per 90g pack and come packaged in a recyclable paper container with a peelable film lid.

Share this story to let others know about the new Squeaky Bean’s Roast Chicken Sandwich Slices.