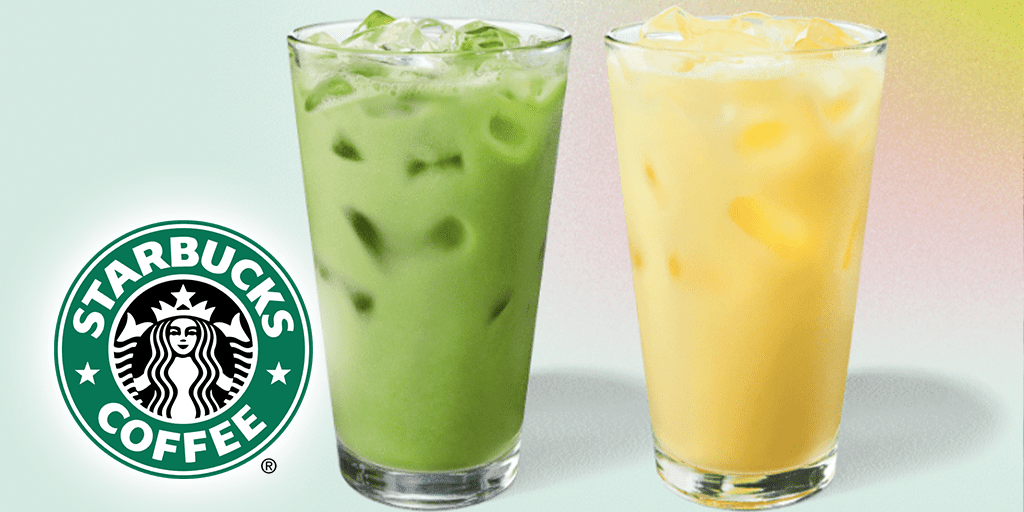 Inspired by California’s Venice Beach, Starbucks has debuted 2 vibrant vegan iced beverages as part of its limited-time spring menu across locations in the US.

Both the drinks – the Iced Pineapple Matcha and Iced Golden Ginger Drinks contain coconut milk, which was initially added to the chain’s menu in 2015.

The first beverage is made with premium matcha green tea blended with flavors of pineapple and ginger along with coconut milk and ice.

The second is made with ginger, pineapple and turmeric flavors mixed in coconut milk and served with ice.

“We were inspired by Venice Beach and the California sun, reminiscent of a L.A. kind of vibe,” Kris Murray, product specialist for the Starbucks Beverage Research & Development team, said.

“[Their] vibrant color and sunny flavors make you think of springtime.”

In the UK, the coffee chain outlet announced new vegan options for 2020 last December, which included chocolate and raspberry loaf, a jackfruit and grains bowl, and chocolate and coconut overnight oats.

While the company is expanding its vegan range across locations worldwide, it is still to act on complaints of extra charges for vegan milk.

PETA has been urging Starbucks to drop the surcharge for plant-based milks since last July.

In a recent campaign, the animal rights group gathered inside Starbucks coffee shops across the US and Canada to protest against the coffee chain’s unfair “vegan tax” on people who don’t drink dairy for ethical, environmental, or health reasons.

“The surcharge is unfair to customers who oppose animal abuse—such as the separation of mother cows from their calves in the dairy industry—and it punishes people who are lactose intolerant (most of whom are people of color) as well as anyone who chooses vegan milk in order to reduce methane-gas emissions,” said PETA.

“PETA is upping the pressure on Starbucks to wake up and smell the coffee: It’s time for the unfair surcharge to end.”

Brands including Pret A Manger, Tim Hortons, Stumptown Coffee Roasters, Noah’s New York Bagels, Philz Coffee, and Costa Coffee have already dropped the vegan milk fee, which Starbucks claims is justified to offset higher production costs due to lesser demand,  no subsidies and the need to make special formulations to enhance the beverage.

Share this news to let others know about the new iced beverages from Starbucks.