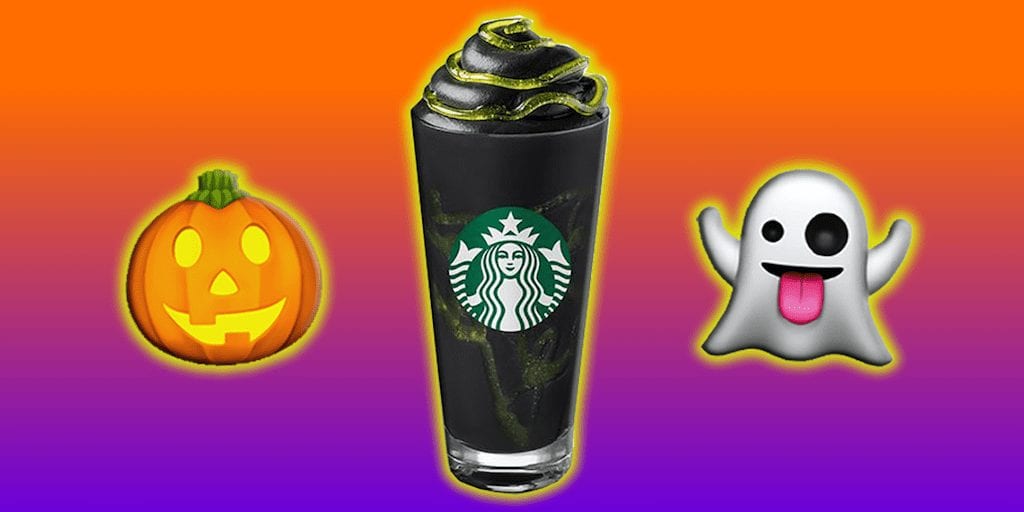 Starbucks has announced the launch of a limited edition vegan frappuccino which will be available in UK stores throughout Halloween.

To give it an extra spooky edge, the drink is topped with black dairy-free coconut whipped cream.

Prices for the drink start at £2.70 for a small drink, and the frappuccino is expected to be available for six days starting on October 26.

It was initially expected sooner, but according to Vegan Food UK the release was delayed.

“Our contact in Starbucks has gone into her branch and has been told the launch is now delayed until 26th October. She apologises,” the page revealed.

“The good news is that Starbucks have seen the demand & excitement now and are apparently getting extra supplies in.”

Starbucks has been focusing more on the vegan market in recent years, and in August the company announced the return of its popular vegan Pumpkin Spice Latte.

Vegans should also be sure to ensure they ditch the whipped cream for the vegan version, but the popular pumpkin pie spices – cinnamon, nutmeg and cloves – are of course fully vegan.

But Starbucks is not always popular with vegans due to its policy to charge extra for plant milk. Thousands have now written to the coffee giant demanding equal prices.

A petition launched by PETA now has more than 42,000 supporters, who have written to Starbucks using the animal welfare group’s action alert.

“Swapping cruelly obtained cow’s milk for soy, almond, or coconut milk is beneficial to the planet, animals, and humans’ own health,” PETA said in a statement.

“Why, then, does a massive chain like Starbucks force its compassionate customers to pay upwards of 80 cents for vegan milk?”

Is Starbucks justified in charging more for plant milk? Share your thoughts in the comments section below!