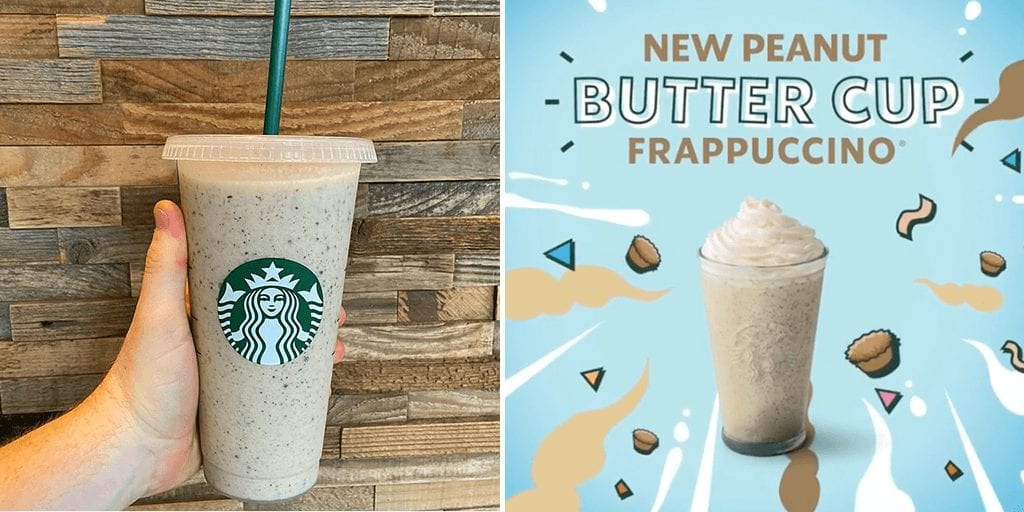 The new delicious frappe is made using a blend of peanut-butter flavored sauce and chocolate chips topped with cream.

Although the original drink contains milk and cream, it can be swapped into a vegan order by going cream-free and choosing from a variety of dairy-free milk options, which the coffee giant offers including soya, oat, coconut, and almond.

The peanut butter is said to be made from sunflower seeds making it a good option for those with a nut allergy.

Instagram account Vegan Food UK, which is run by Liam and Janine rated Starbucks’ new vegan frappe an 8/10 and recommended ordering the frappe with oat milk and no cream for a “groovy” experience.

The drink is priced from £3.45 for a 280ml mini size and is available only until September 30 in stores and via UberEats in a number of UK locations.

The international coffee chain has launched several vegan friendly products in recent times after pledging to slash its greenhouse gas emissions, reduce landfills waste by half over the next decade and committing to saving or replenishing 50 percent of all the water it uses for its operations and coffee production by 2030.

“Like most things that are worthwhile, this will not be easy,” Starbucks CEO Kevin Johnson declared in a letter detailing the company’s new environmental pledges.

The CEO also said he would ‘push consumers towards’ choosing vegan milk stating plant-based milk is ‘a big part of the solution’ when it comes to reducing its footprint for greenhouse gases, water, and waste.

Share this story to let others know of the new Peanut Butter Cup Frappuccino available at Starbucks.