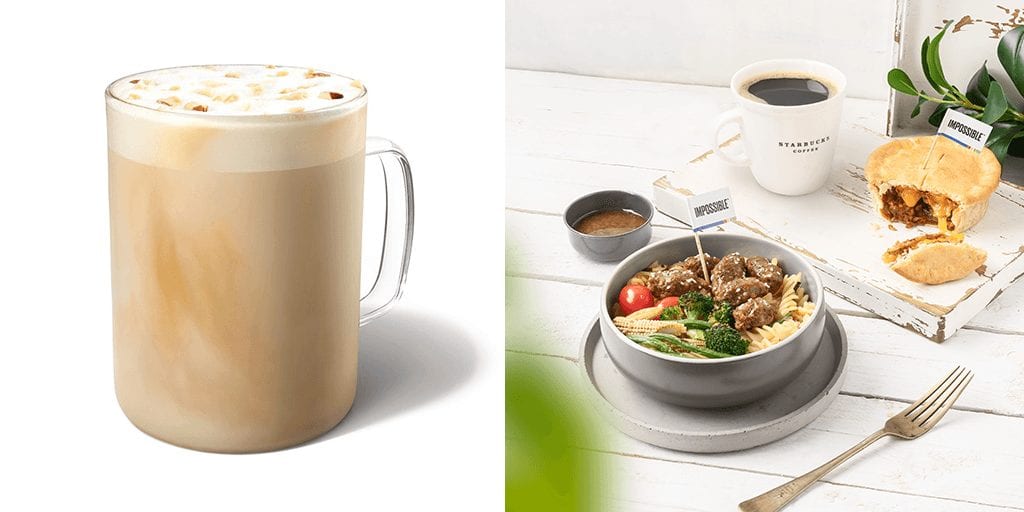 This week, Starbucks has added new plant-based food and beverages to its menus in select markets across the Asia-Pacific.

The company’s new menu for the market includes products from Impossible Foods, Oatly and Beyond Meat, Inc. BYND as part of its efforts towards becoming a resource-positive company.

Customers in New Zealand can feast on the new plant-based Mince & Cheese Pie whereas in Singapore, the coffee giant will offer the Impossible™ Wrap featuring a plant-based Impossible™ Burger patty, avocado omelet, mushroom, caramelized onion and cheese will be available.

“This menu expansion is designed to offer our customers the same flavors and handcrafted service they know and love from Starbucks, in a new way.  We’re excited to continue our journey toward becoming resource positive together with our customers in Asia.”

Starbucks’ new lineup in Asia joins a growing number of plant-based menu items offered to Starbucks customers around the world.

In China, Starbucks launched a plant-based menu in partnership with leading food giants Oatly, Omnipork and Beyond Meat across the country.

Earlier this year, it added the Beyond Meat plant-based breakfast sandwich at its nearly 1,200 coffee shops across Canada. In addition, the company announced oat beverages as its latest plant-based offering in all company-owned stores nationwide.

In the UK, Starbucks is planning to launch vegan whipped cream in its U.K outlets in October, according to local media outlet Vegan Food UK.

Share this story to let others know about the new plant-based offerings from Starbucks.