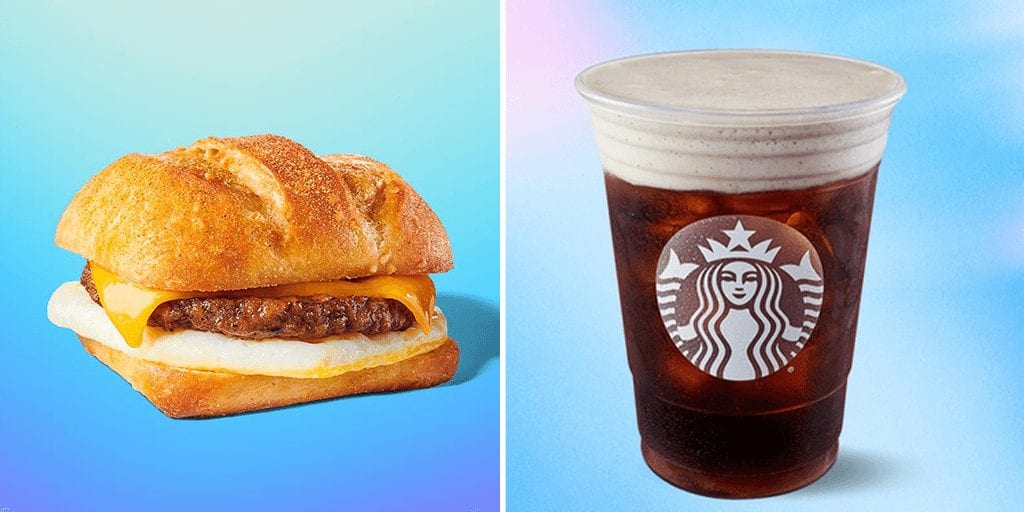 Starbucks U.S. has added Impossible’s vegan sausage breakfast sandwich for meat-eaters and flexitarians along with multiple plant-based drinks to its permanent menu.

In California and the Midwest, Starbucks will also sell Cold Brew with Cinnamon Oatmilk foam, increasing the regional availability of oat milk to new locations.

“Over the years, in response to customer interest, we have added plant-based milk alternatives such as soy, coconut, almond, and oat milk. We are thrilled to expand our plant-based menu into food with this new breakfast sandwich,” said Starbucks’ chief sustainability officer Michael Kobori, in a press release.

The Starbucks Impossible Breakfast Sandwich is not completely vegan as it includes animal-based cheddar cheese and eggs served on ciabatta bread made with animal derived ingredients.

Nonetheless, the new plant-based offerings are part of the coffee shop’s goal to ‘migrate toward a more environmentally-friendly menu’ and offer alternatives to customers seeking to reduce their meat consumption.

According to the press release, Starbucks aims to continue including more plant-based options in an effort to become a “resource positive” company.

In China, Starbucks announced a slew of new plant-based options including vegan meals from Beyond Meat, and Omnipork and non-dairy lattes using oat milk from Swedish brand Oatly.

Since 95% of the company-operated stores are now open post lockdown, customers are encouraged to order using the Starbucks App and for those isolated at home with Starbucks Delivers through Uber Eats.

Share this news to let others know of the new plant-based options available at Starbucks.