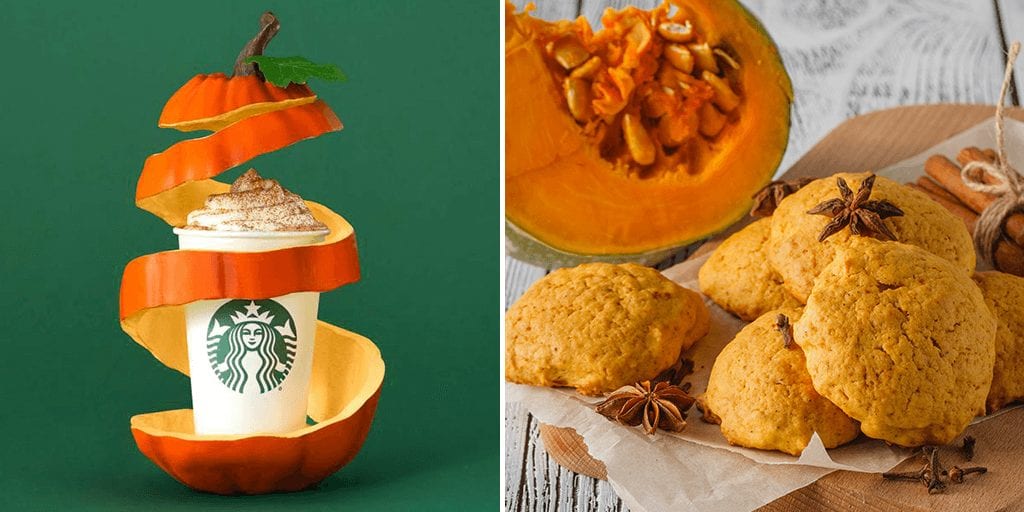 While Starbucks has yet to officially announce the new option, it ties into the chain’s commitment to offer more animal-free options, which includes a new vegan whipped cream added to the menu last week.

Sharing the news with its some 134,000 followers, the organization wrote: “New Vegan Pumpkin Spice Cookie to launch at @starbucksuk next week

(EDIT: we hear now that they will be available this week from Thursday)

“This should go nicely with a Pumpkin Spice Latte and Extra Vegan Whipped Cream.”

The coffee giant also got its iconic autumnal Pumpkin Spice Latte drink back into stores last week and introduced its new vegan whipped cream so as to allow customers to enjoy the full Vegan PSL experience of a “scrumptious combination of Starbucks espresso roast, pumpkin pie flavoured sauce and steamed milk, topped with whipped cream and pumpkin pie spices.”

According to the brand, the vegan topping created by Alpro, has an indulgent, silky texture and is made from a smooth soya base with a subtle hint of vanilla.

One wrote: “Oooooo this sounds delicious I really would like to try one with a pumpkin spice late and the new vegan whipped cream.”

“Sounds something I need to get me through these colder days,” added another.