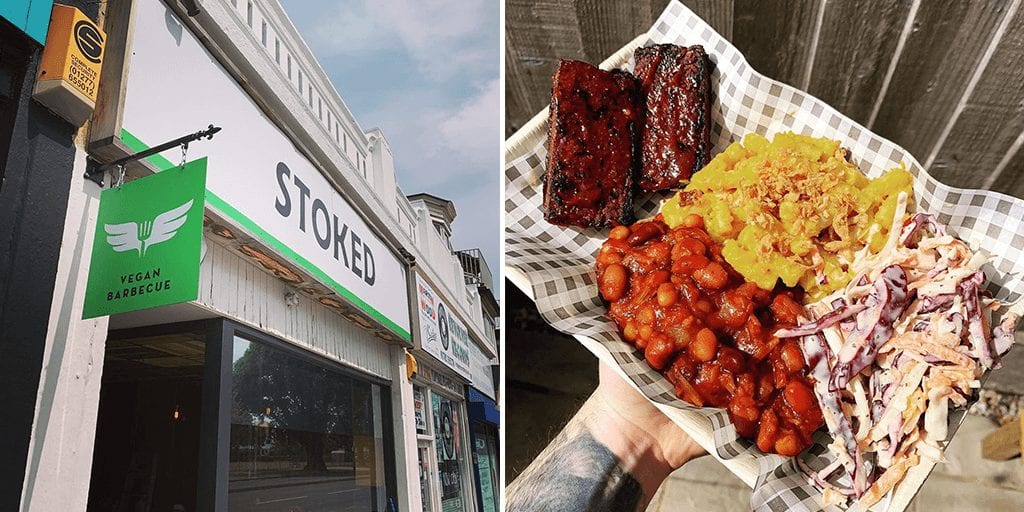 The UK now boasts of its very own first fully vegan BBQ restaurant just as it welcomed its first KFC-style vegan fried chicken restaurant in Brighton on August 4.

Owner Billy Reeve initially opened Stoked as a pop-up stall after being inspired to create the meat-free Texas style BBQ joint menu following his US experience in 2018.

Although he doesn’t have a chef’s background, Reeve perfected his recipes learning from mistakes on the job.

He went vegan in 2016 and since then advocates plant-based living for the health and ethical benefits it offers.

Commenting on the changing food landscape in the UK, he said: “Vegan food has come a long way in the last three or four years.

“Previously you’d find a few places in London to go some but the stuff you can get now is incredible.”

Stoked has also teamed up with the local legend’s Doughyos, to offer its customers delicious vegan desserts.

With his new restaurant, Reeve is aiming to cater to vegans, flexitarians and anyone looking to enjoy a good meal.

“I am not saying this is a place just for vegans. Most people I get just like good food, and it’s more BBQ for all,” he told the local news outlet.