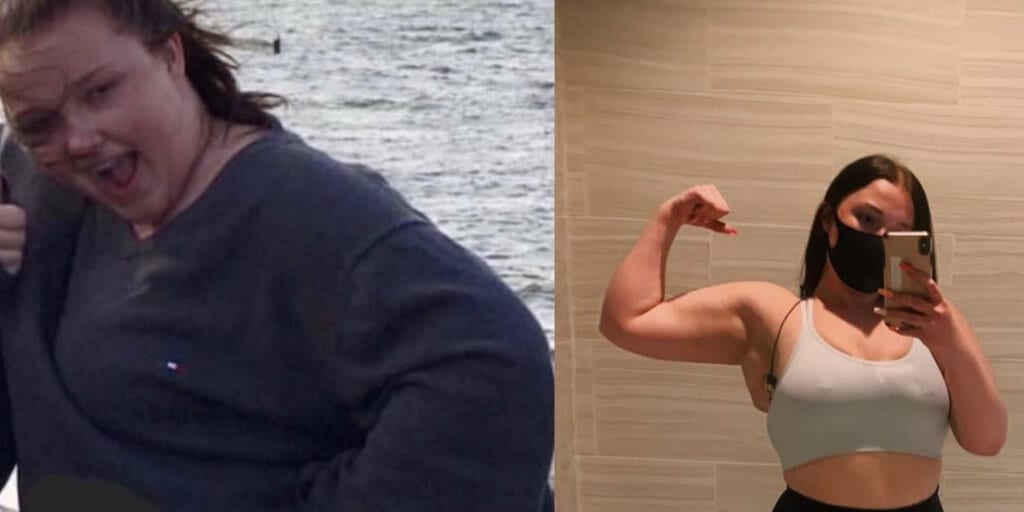 “I enjoy the vegan lifestyle because I have a lot of energy from eating tons of carbs, and I have less stomach issues as well.”

A kinesiology student says going vegan has helped her lose weight, transformed her life, and inspired her to become a ‘personal trainer’.

Sharing her weight loss journey, 22-year-old Hope Peterson from Las Vegas told Women’s Health that although she was ‘really active’ as a child, she started gaining weight in high school because of her bad eating habits and sedentary lifestyle.

Peterson revealed that she was eating fast food for almost every meal and gained 80 or 90 pounds in the bargain.

“That was definitely the biggest wake-up call I had ever had in my life,” she told the magazine after a doctor’s appointment not only revealed her excess weight gain but her bloodwork report also showed that she had high blood pressure, high cholesterol, and high triglycerides.

She also suffered from many stomach issues and food allergies at the time.

After deciding to take matters into her hands, Peterson started going to the gym and eating a little healthier.

Switch to a vegan diet

Peterson ditched meat and dairy after eating vegan food at a restaurant.

“It shifted my mindset on how I wanted to eat,” she said.

“I have been vegan for about four years now, and I absolutely love it!

“I enjoy the vegan lifestyle because I have a lot of energy from eating tons of carbs, and I have less stomach issues as well.”

Since she was exercising regularly, Peterson signed up to get a personal training certification and learn how to structure workouts, and get better at achieving her weight loss goals.

According to Peterson, a vegan diet, lifting weights, and doing cardio helped her lose 50 pounds within six to seven months.

Peterson, who now lifts five days a week, has advice for people who are interested in leading a healthy life and achieving targeted weight-loss results.

Apart from eating a healthy vegan diet, three changes made the biggest difference in her weight-loss journey,

The first is to make working out fun.

“Working out isn’t only good for weight loss goals but it also helps with feeling better and just improving your overall health”, Peterson shared.

“It also helps you feel mentally and physically strong.”

The second important piece of advice is to stop saying “I’ll start tomorrow.”

According to Peterson, this toxic mentality doesn’t help the weight loss process.

The last one is to love yourself at the stage you are at.

“Be thankful for your body and pour love into yourself. I promise it will help with this process so much,” Peterson advised.

“My weight has fluctuated a few times, but this is the healthiest I have ever felt and maintenance has gotten a lot easier.”