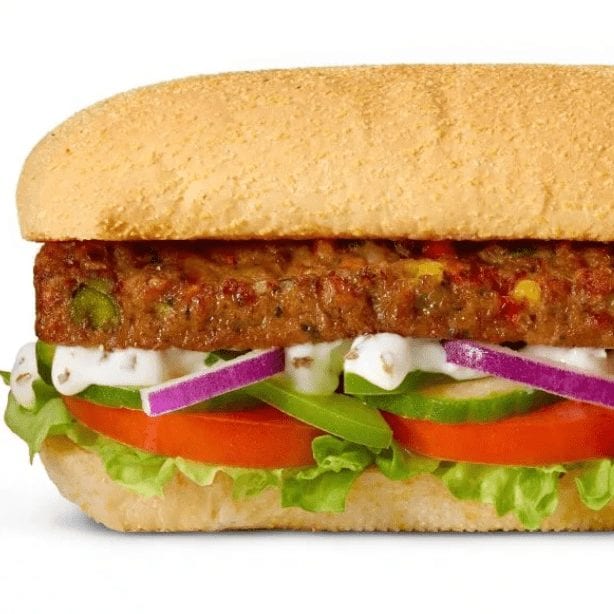 The sandwich chain’s popular garlic mayo has been a staple part of Subway’s offer, but it’s been replaced with garlic aioli to give more options for vegans.

The recipe of the new sauce is simply garlic and dried parsley, which will sit alongside the company’s other seven sauces.

The new sauce has been launched to cater for the new plant-based sandwich – the vegan patty.

The new patty has replaced the veggie version, which contained milk, across all Subway stores today (April 17).

It’s made from red peppers, garlic, chilli and onion and will set customers back £3.80 for a six-inch sub.

Subway also offers the patty with a salad rather than in a sandwich, which has only 204 calories in comparison to the sandwich’s 371.

Fast food giants have been reacting to the huge surge in veganism in recent months.

Burger King is trialling a plant-based ‘Impossible Whopper’ in the US, while a petition is urging McDonald’s to roll out its McVegan burger across the globe.

At the start of this year Greggs launched the sensational vegan sausage roll in its UK bakeries, and Tesco has followed suit by preparing an on-the-go vegan treat.

Potential customers celebrated the launch of the plant-based Subway patty on social media.

But some non-vegans complained about losing their treasured animal products.

Have you tried the new vegan Subway? Tell us what you thought in the comments section below!