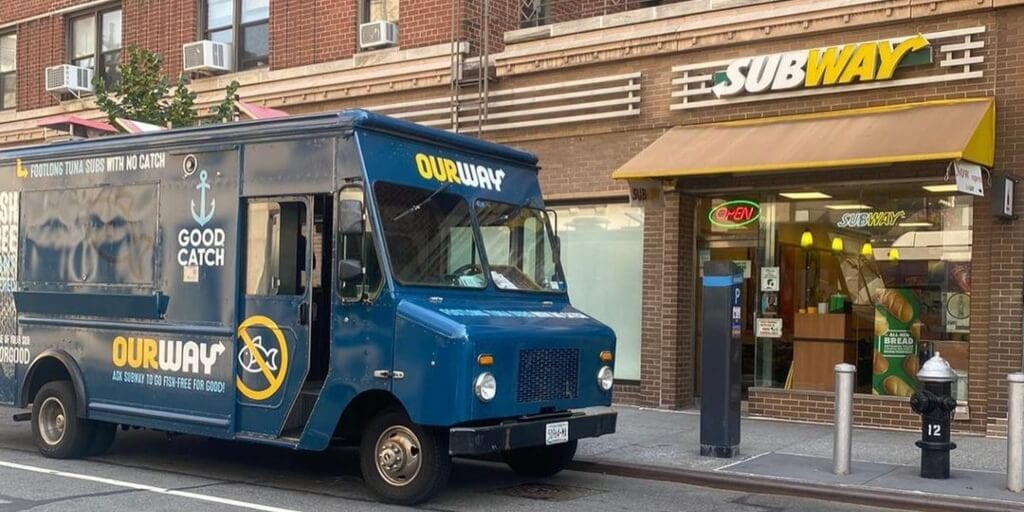 The move came after The Washington Post reported earlier this year that two customers had filed a lawsuit against Subway in California over claims that the fast-food chain’s popular fish sandwiches were “completely bereft of tuna as an ingredient”.

Researchers could not detect any trace of tuna in the test samples during the DNA test.

Capitalizing on the situation, plant-based seafood brand Good Catch began handing out free vegan subs in vans outfitted with “OurWay” logos, mimicking Subway’s “have it your way” slogan but pointing out that fish-free tuna is the future of seafood.

According to Good Catch co-founder Derek Sarno: “With the Subway news grabbing headlines across the globe, this is the perfect moment to inform people that there is a better way to enjoy the taste and experience of delicious seafood without [harming] our oceans.

“We want to encourage Subway, and other businesses, to add fish-free options for goodness to all.”

However, Subway defending the integrity of its fish sandwiches maintains the DNA testing is ‘unreliable’.

“DNA testing is simply not a reliable way to identify denatured proteins, like Subway’s tuna, which was cooked before it was tested,” the chain said in a statement.

Moreover, lawyers representing the sandwich chain sent Good Catch an email claiming the vegan brand was infringing its ‘intellectual property rights’ by using the confusingly similar ‘Ourway’ logo, which is likely to ‘mislead consumers into believing Good Catch and its products are affiliated with, or approved by, Subway’.

The email further added: “Subway is not surprised that your company believes that consumers want environmentally food options.

“Subway also believes in consumer choice and continues to serve its delicious Tuna Tubs made from 100% wild-caught tuna.