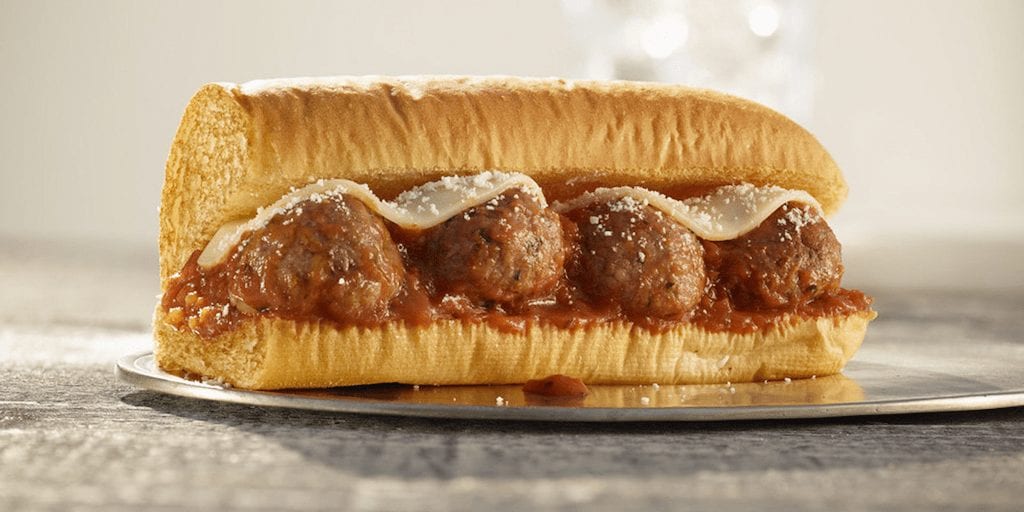 Subway has announced plans to release a plant-based sub using Beyond Meat meatballs.

The Beyond Meatball Marinara will be available in 685 restaurants in the US and Canada for a limited time.

From September Subway is partnering with Beyond Meat to test the market for its plant-based protein options.

The new sub is made with marinara sauce and Beyond Meat’s plant-based meatballs, which aim to mimic the taste and texture of meat, and can be ordered with vegan cheese.

Each meatball sub will be packed with 24 grams of protein per six-inch sandwich.

Len Van Popering, Subway’s chief brand and innovation officer, said: “Subway appeals to so many fans because we truly offer something for everyone. Our guests want to feel good about what they eat and they also want to indulge in new flavours.

“With out new plant-based Beyond Meatball Marinara sub, we are giving them the best of both worlds.”

Animal rights group Compassion Over Killing has been urging subway to introduce vegan options with a campaign fronted by the website WeLoveSubway.com.

Subway follows in the footsteps of several other fast food giants which have introduced vegan options.

This week Burger King will introduce its plant-based Impossible Whopper, in partnership with Impossible Foods, to all 7,200 sites in the US.

And in the UK, KFC entered the plant-based meat market with the launch of its Imposter Burger.

The Quorn chicken fillet is coated in the fast food giant’s trademark herbs and spices, and combined with vegan mayo and lettuce in a bun.

The burger was launched as an initial month-long trial in selected stores, but is expected to be rolled out permanently due to overwhelming demand.

Will you try the new vegan meatball sub? Share your thoughts in the comments below!