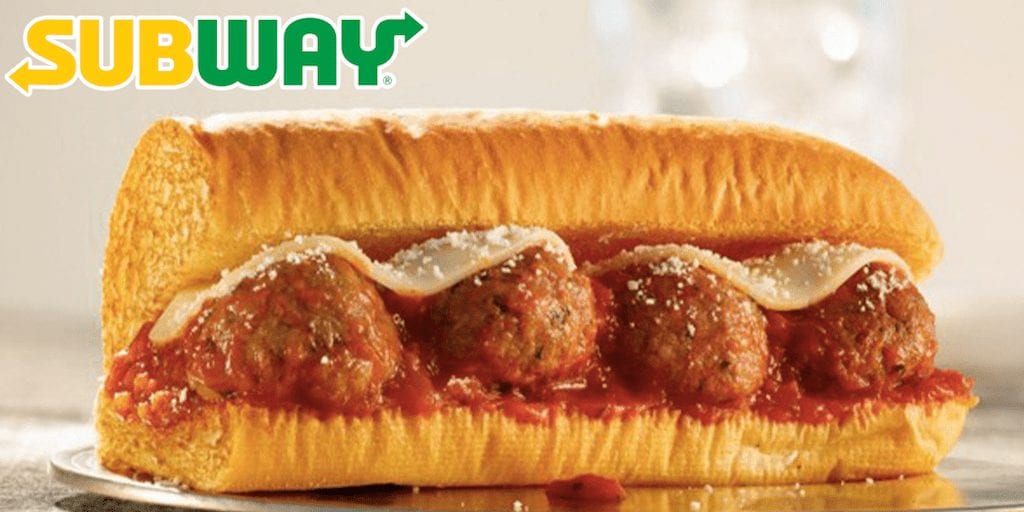 Subway has announced plans to release its vegan meatball marinara sub in the UK after its successful launch in the US and Canada earlier this year.

The fast-food chain is pretty tight-lipped about other details around the launch of its meatless meatball marina sub in the UK, but has confirmed that it intends to trial the new sub for a few weeks in selected stores at Birmingham and Manchester.

Speaking to Metro, a spokesperson for Subway UK said: “‘We are currently trialling an exciting new vegan product, our Meatless Meatball Marinara, in a number of stores across the UK.”

“We are hoping to introduce these nationwide early next year, so keep your eyes peeled and we’ll let you know once we have more information.”

The sub will include veggie meatballs drenched in heaps of marinara sauce between 2 slices of bread. The brand has not clarified whether it will offer vegan cheese as an option.

Vegan_food_uk reposted the announcement on its Instagram page stating that the vegan sub will be on sale form from October 30th and will be available until November 20.

The post drew several comments. “Yay thanks for reposting!! So excited!! Glad I live in Birmingham ??,” wrote one user.

“I’m so excited, this was my fave sub when I ate meat and have wanted a meat free version, so hope it stays! ??,” added another.

Subway is one of the many fast food giants that have introduced vegan options to cater to the rapidly changing customer eating preferences.

Len Van Popering, Subway’s chief brand and innovation officer, said: “Subway appeals to so many fans because we truly offer something for everyone. Our guests want to feel good about what they eat and they also want to indulge in new flavours.

“With our new plant-based Beyond Meatball Marinara sub, we are giving them the best of both worlds.”

Earlier this month, Pret a Manger announced vegan versions of its most popular tuna, egg, duck, and bacon sandwiches.

KFC entered the plant-based meat market with the launch of its Imposter Burger.

Will you try the new vegan meatball sub? Share your thoughts in the comments below!