Suma to offer a vegan pea and ham soup 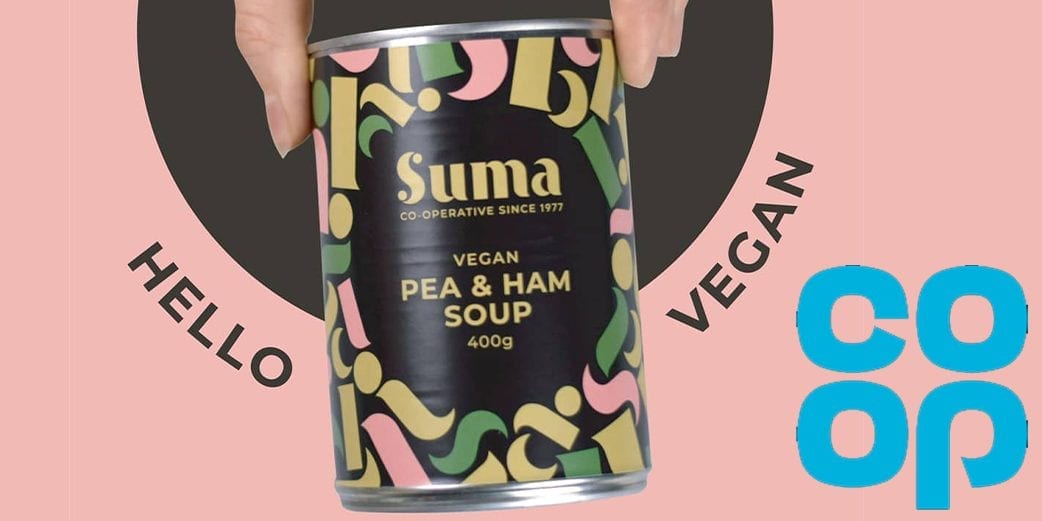 Suma Wholefoods has created a vegan version of the classic pea and ham soup just in time for winter.

Suma is a cooperative that supplies over 7000 vegetarian, natural and responsibly sourced products to businesses and homes across the world.

This year, they’ve released a vegan Pea and ‘Ham’ Soup that uses soya instead of meat.

The soup is one of the four other tasty, organic and vegan soups launched by the company, which include creamy mushroom, tomato soup and premium pea soup.

According to Andi Butterworth, the developer of the range, Suma’s mission it to help people become vegan by providing simple meal options.

In a statement to Vegan Food & Living, he said: “sometimes you want to cook and create. Sometimes you just need something tasty and fast; and that’s what we’re offering to the growing number of people who want to enjoy classic favourites but without the meat.”

With the incredible growth in the plant-based market globally; food retailers, corporations and other food giants have been introducing and expanding their vegan fare to cater to the growing demand for meat and dairy alternatives.

Last week, UK supermarket Marks and Spencer released a bigger version of its bestselling ‘Plant Kitchen No Pork Sausage Rolls’, which will be served hot in nearly 50 stores across the UK.

In the confectionary sector, Nestle’s British brand Aero launched a vegan version of its most popular dark chocolate bar.

Which popular dish would you like to see be veganised? Share your preferences in the comments below!