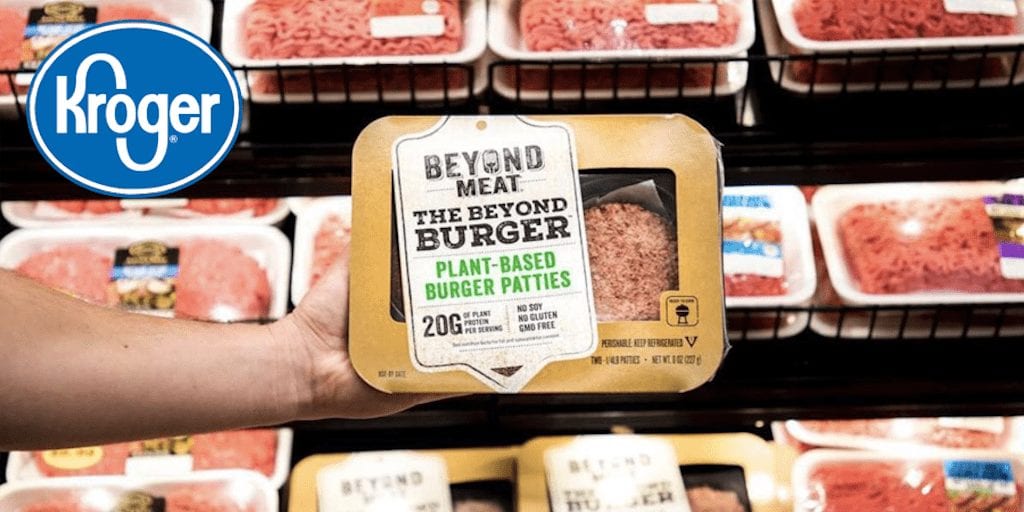 US supermarket giant Kroger will display plant-based meat in the conventional meat aisle for 20 weeks to gauge customers’ buying preferences.

The company will plant a three-foot vegan meat display case in dedicated meat sections of 60 test stores in Denver, and parts of Indiana and Illinois over a 20-week period.

Following the launch of its new vegan range, Kroger has collaborated with Plant Based Foods Association (PBFA), a trade group that represents more than 150 vegan food companies, to see if introducing vegan meat in meat aisles affects the sale of either product.

PBFA’s senior director of retail partnerships, Julie Emmett, said: “We are thrilled to partner with Kroger on this innovative and exciting project. Plant-based meat sales have been increasing dramatically year over year, even while most of them are placed where only the most dedicated consumers are likely to find and purchase them.

“We are confident that this test will demonstrate that plant-based meat sales will increase even more when consumers have easier access to them.

“We applaud Kroger for taking the lead on plant-based meat merchandising, and we are confident that the outcome will be a win for retailers, suppliers, and especially for consumers,” she added.

The plant based industry is booming. In the US, plant-based meats are a $14 billion industry, which market researchers suggest could reach $140 billion over the next decade.

Plant based companies are looking to target more customers to sample their products and thus want their products displayed alongside other popular products rather than being placed in dedicated segments frequented by only a section of the population.

In 2016, Beyond meat became the first company to merchandise its now-famous Beyond Burger next to its meat counterpart in Kroger in a bid to get omnivores to taste its vegan meat version.

Analysis showed that more than 90% of customers who bought its product also bought meat last year.

Kroger hopes the study will clear any ongoing confusion regarding displaying the new plant-based meat products.

Based on the results, retailers will benefit by having “clear, consistent, and accurate research results to guide merchandising and marketing decisions,” concluded Kroger and PBFA in a joint statement.

Should vegan meat be sold alongside its meat counterpart? Share your thoughts in the comments section below!