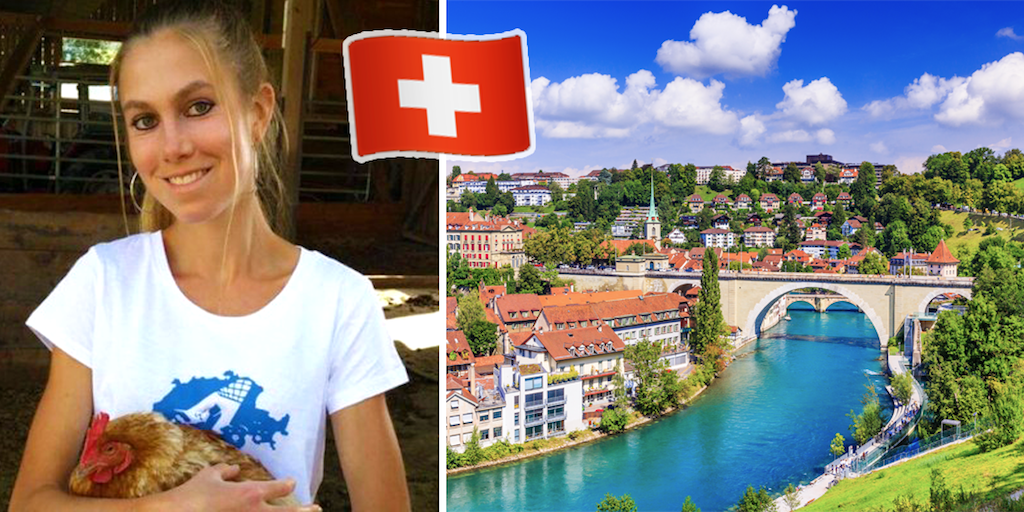 Swiss politician Meret Schneider, who was recently elected to the National Council, is fighting to ban factory farming in the country.

Schneider is a Green Party member and co-founder of the animal rights think tank Sentience Politics.

She won a seat in the Bern council after receiving 60,083 votes in the National Election.

The Green party was also able to increase its political presence by 14.08 percent and now represents five out of 35 Zurich National Council seats.

After the win, Schneider told Bluewin: “I’m at a loss for words. I really did not expect to be elected.”

An alliance of animal rights groups, environmental organisations and the Green Party has launched an initiative called ‘No factory farming in Switzerland’.

Schneider and team submitted more than 100,000 signatures and urged the government to amend article 80a of the Federal Constitution.

In a statement, Schneider said: “Fifty percent of all piglets raised in Switzerland are slaughtered without ever seeing the sky.

“Over 80 percent of the chickens kept in Switzerland never stand on a meadow in their life and already reach slaughter weight when they are only 30 days old.”

Vera Weber, president of the Franz Weber Foundation that works to protect the planet with exposés and lobbying said:  “Switzerland imports 1.2 million tonnes of animal feed every year to produce the necessary quantity of animal products.”

The United Nations Environment Programme (UNEP) said: “Our use of animals as a food-production technology has brought us to the verge of catastrophe.

“The greenhouse gas footprint of animal agriculture rivals that of every car, truck, bus, ship, airplane, and rocket ship combined.”

Recently, Switzerland has adopted certain measures due to animal welfare concerns. A report suggested that 31 percent of the population have reduced or have entirely cut meat consumption.

What other measures can authorities take to tackle animal welfare concerns? Share your thoughts in the comments section below!