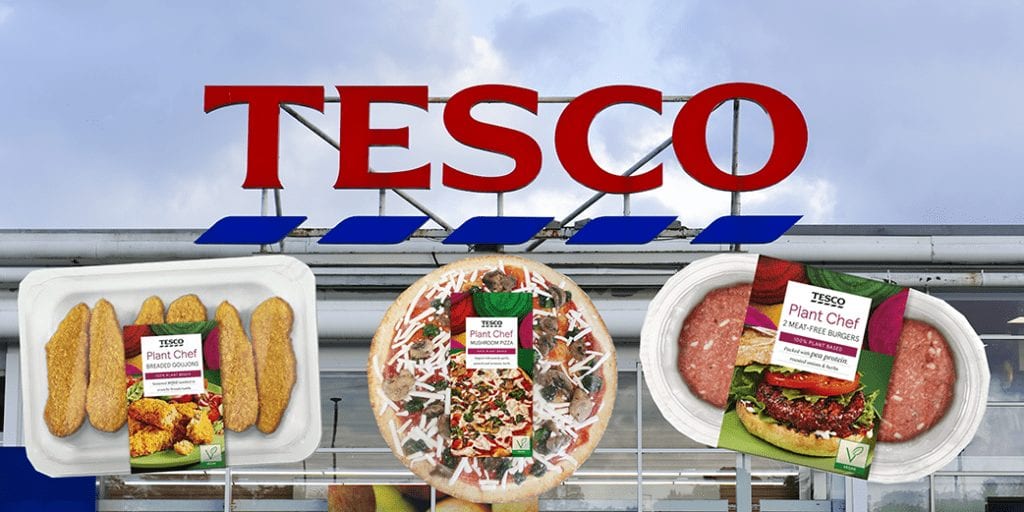 Tesco has launched a massive new vegan section including an affordable plant-based range to cater to a growing market.

The UK’s biggest supermarket has increased its dedicated plant-based range by 48 percent – from 181 to 267 new products. Its own brand range will increase from 62 to 103 foods, with branded ranges going from 119 to 164.

Tesco been consistently adding to its vegan offer, and has now introduced new brand The Plant Chef to offer budget plant-based food without compromising on its taste or health benefits.

In addition a Butternut Cauli Mac and Breaded Goujons, both priced at £2 each, will hit the shelves by mid October along with an increasing selection of vegan options.

Tesco has launched dedicated plant-based and vegetarian zones, along with stocking vegan products beside their meat counterparts, to increase vegan product visibility and help meat- eaters transition to plant based options.

Derek Sarno, the Creator of Wicked Kitchen, Tesco’s most successful vegan product range told Plant Based News: “If we want to change the world for the better through food, we need plant-based options to the current factory-farmed animal-based foods.

“The first step is to make these foods available where they haven’t been.

“As a vegan myself, I am a firm believer that placing options in front of where meat-eaters shop will open the door to trying.

“Most meat-eaters wouldn’t go to a plant-based aisle so we’ll bring it to them. Nothing can be chosen if it’s not offered and in front of customers.

“We’ve done a lot of work so far and are just scratching the surface, there is obvious demand to provide healthier solutions for the planet, people and the animals and that demand is growing as awareness does.

“It’s our job to make them delicious, crave-able, easy, affordable, and available to empower customers with the opportunity of choice. I, for one, choose plant-based as the best solution moving forward for the animals, earth, and my own health.”

What do you think of Tesco’s vegan range? Let us know in the comments section below!