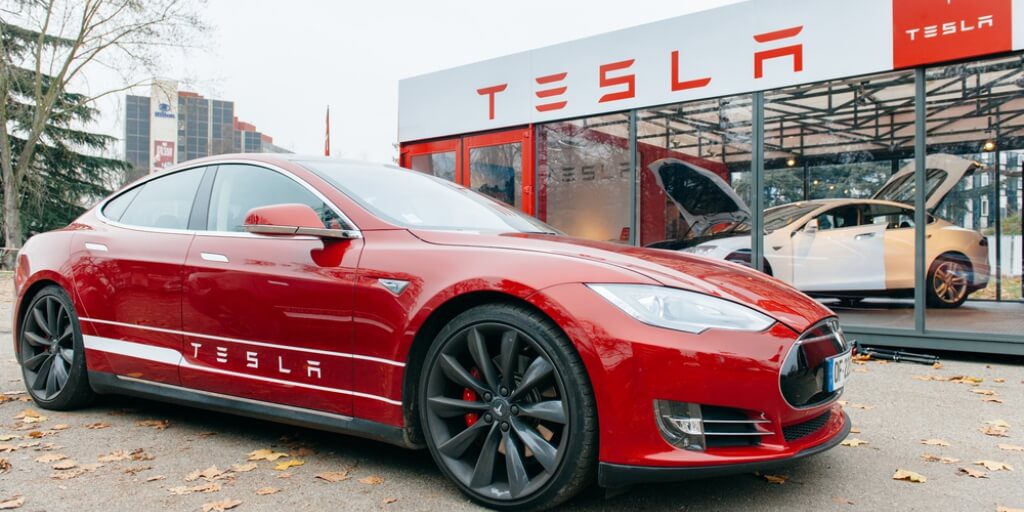 Many Tesla owners in the UK have complained about the quality of their vegan leather seats.

It comes after the electric car giant replaced leather on steering wheels and headrests across its range with synthetic alternatives derived from plastics a couple of years ago.

However, customers are reportedly unhappy after the animal-free material started deforming and bubbling.

According to experts, heat generated inside the cars is causing a chemical reaction that seemingly expands the upholstery.

But, the firm, owned by Elon Musk, claims the issue is not a manufacturing defect and is a result of the fabric reacting to lotions, hair sprays, and sanitizers instead.

As the problem is appearing most commonly on the headrest – which costs hundreds of pounds to replace – the company is said to have advised drivers to wipe seats and headrests after every journey.

The owners’ manual also has information on which solvents should not be used on the animal-free leather.

It reads: “Cautions for Interior Cleaning CAUTION: Using solvents (including alcohol), bleach, citrus, naphtha, or silicone-based products or additives on interior components can cause damage.”

However, car owners are dismissing the suggestions and allege Tesla is failing to address the problem.

The Times reported that a “significant number” of cars now imported into the UK are being retrofitted with real leather.

While Tesla’s fabric quality has been widely criticized, a number of companies have successfully transitioned to vegan leather interiors in a bid to become more eco-friendly and sustainable.

In 2019 Volkswagen launched its electric car, the ID. Roomzz, with vegan seating made from apple juice waste.

The same year Porsche announced that its new Taycan electric car would be fitted with vegan leather interiors.