The Amazon Rainforest Is Burning Down 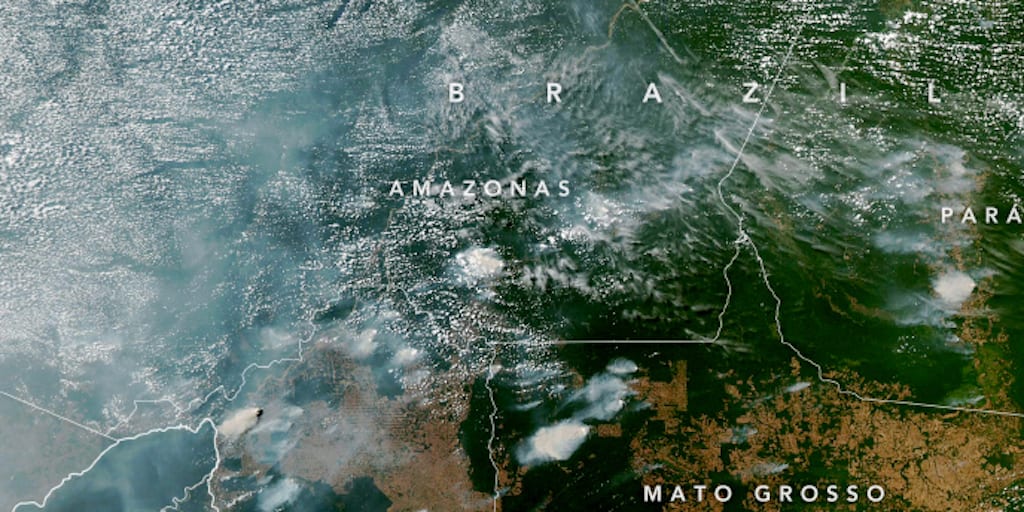 Wildfires in the Amazon are often re-occuring during the dry season in Brazil; however, this year in particular has been a lot worse than previous. INPE claims that the amount of wildfires are not to be blamed for the dry season entirely, as the amount of illegal deforestation fires increase for agriculture space.

Smoke from the most recent forest fire has been captured by satellite from space and Brazil has declared a state of emergency, encouraging locals to avoid sun exposure, drink plenty of fluids and avoid physical activity.

Express.co.uk have created an estimated measure showing roughly 640 million acres of land have been affected by the fire so far.

A screenshot from Windy.com reveals just how much carbon monoxide is being released into the atmosphere.

The Amazon is frequently turning into a ball of fire and environmental activists and organizations like the World Wildlife Fund fear that if these forest-infernos rage at this rate, the rainforest could become arid making it impossible for much of its wildlife and vegetation to survive. And, instead of being a source of oxygen, it could start releasing carbon — the focal agent of climate change.

The Amazon is the largest rainforest on the planet and often dubbed as the planet’s lungs, generating 20% of the oxygen in the Earth’s atmosphere. It is considered crucial in slowing global warming, and is home to around one million indigenous people and three million species of fauna and flora

The National Institute for Space Research (Inpe) has observed 72,843 fires between January and August – 84 percent more than the ones recorded during the same period in 2018.

Brazilian satellite data estimated that about three football fields’ worth of Amazonian trees were downed every minute last month. Deforestation in July was 39 percent more from the same month last year.

The blazes have been attributed to dry weather that typically runs from July to October and vested interests by farmers who purposely set the forest ablaze to allow for livestock ranching and crop fields.

In fact, Bolsonaro recently fired the head of Inpe, when it published data on deforestation increase in June, accusing the head of lying about the figures.

Bolsonaro also downplayed the data collected by the World Wide Fund for Nature (WWF) Amazon Program, which highlighted that fires were responsible for deforestation.

He said that farmers usually cleared the land using fire during ‘queimada’- a seasonal cycle. Reuters recorded his statement, “I used to be called Captain Chainsaw. Now I am Nero, setting the Amazon aflame.”

Still, many are holding the president responsible as he pledged to develop the region for farming and mining on assuming office in January despite conservationists warning him about the effects of deforestation.

How can you help? Although there isn’t a lot you can do from afar to stop the fires, there are a few things you can do to help Amazon rainforest.

What are your thoughts on the Amazon rainforest fires? Tell us in the comments below.