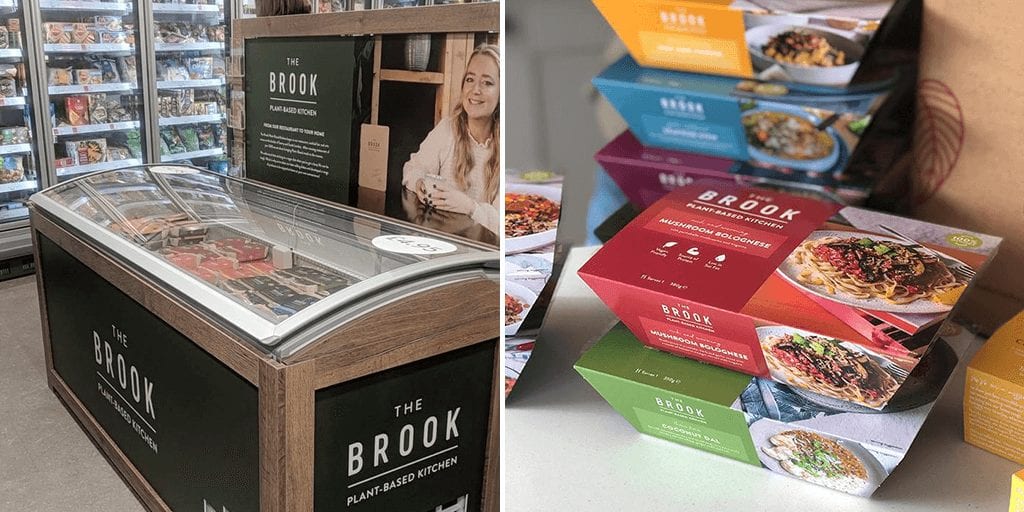 “It’s incredible to see major retailers expanding the space given to plant-based products and we’re so proud to be a part of it.”

The move makes Co-op the first major UK retailer to give prime retail space to a vegan brand.

Some of the items include plant-based Mac And Cheese, Blackbean Chili, and Coconut Dal along with a selection of desserts such as Double Chocolate Brownie and Sticky Toffee Pudding.

Commenting on the launch, Grace Barsby, Price and Promotions Analyst at Central England Co-op, said that the supermarket was keen to offer “new, distinctive, and local products” to its shoppers.

“The Brook range ticks these boxes with some really delicious and healthy plant-based ready meals which we are delighted to be rolling out in selected Central England Co-op stores, including our brand-new flagship store in Boley Park, Lichfield this November,” Barsby said.

Founder Thea Brook, was equally excited with the new development. “It’s incredible to see major retailers expanding the space given to plant-based products and we’re so proud to be a part of it.”

The announcement aligns with the growing trend of UK supermarkets stocking up more plant-based ready meals.

According to the Eating Better report, following a survey of  2,404 ready meals,  the number of plant-based ready meals on the market has risen to 16 percent from a mere 3 percent two years ago. In addition, almost 25 percent of ready meals are now suitable for vegetarians.

The retail giant also launched around 100 new vegan ambient foods, which are shelf-stable and do not require refrigeration.

Share this story to let others know about the new plant-based freezers launched at Co-op supermarket.