The Game Changers to launch on Netflix this month 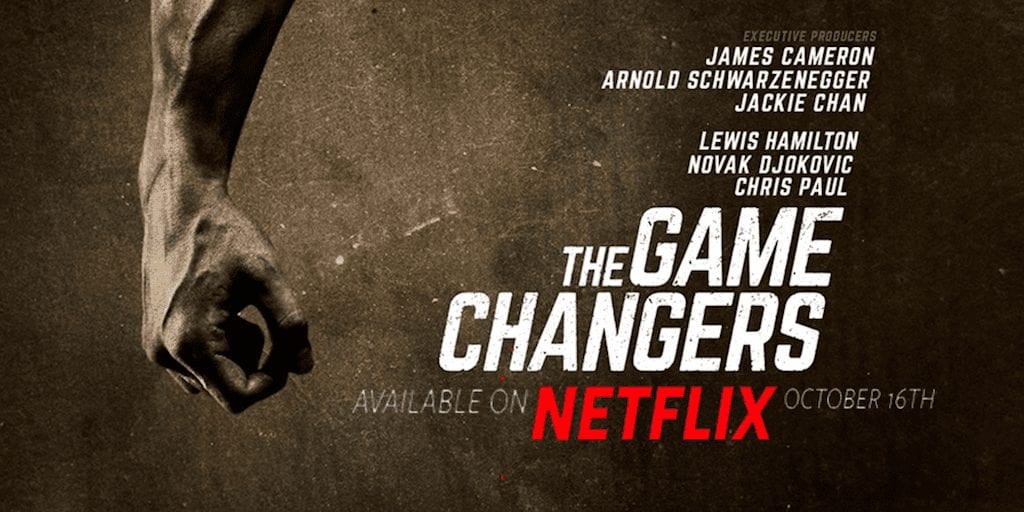 Pro-vegan documentary The Game Changers has announced it will be available to view on Netflix from mid-October.

The highly anticipated movie, which is already available on iTunes, features high profile sports stars including Lewis Hamilton, Novak Djokovic and Arnold Schwarzenegger – who are all executive producers.

The movie aimed to clear misconceptions that eating meat is necessary for outstanding athletic performance.

It captures the journey of some elite sports persons such as Olympic cyclist Dotsie Bausch, German strongman Patrik Baboumian, Formula One champion Lewis Hamilton and top-ranked tennis player Novak Djokovic, who are at the top of their games while following plant-based diets.

The stars shared their experiences after they made the switch.

American weightlifter Farris Kendrick, said: “One of the biggest misconceptions in sports nutrition is that we have to have animal protein to perform at a high level. That’s just not true.”

Olympic cyclist Dotsie Bausch said: “When I transitioned over to an entirely plant-based diet,I became like a machine. Anything I asked my body, at any time, it was able to deliver.”

Since its release, the film has won rave reviews and has managed to influence many people to ditch meat and adopt a plant-based diet.

“Honestly The Game Changers is an INCREDIBLE film, I’d advise anyone curious about veganism to give it a watch. Especially athletes! Made me curious how even more amazing @TWoffinden or other speedway riders would be if they went vegan,” said an impressed viewer.

“Wow @gcmovie just watched #TheGameChangers so good! Tomorrow I will be heading to a local vegan cafe and try and work out how to go full time vegan. There does not seem to be a downside,” wrote another fan.

“I watched this documentary last night and it’s really convinced me to want to make a change, “ commented a third.

What influence can The Game Changers have on society? Share your thoughts in the comments below!