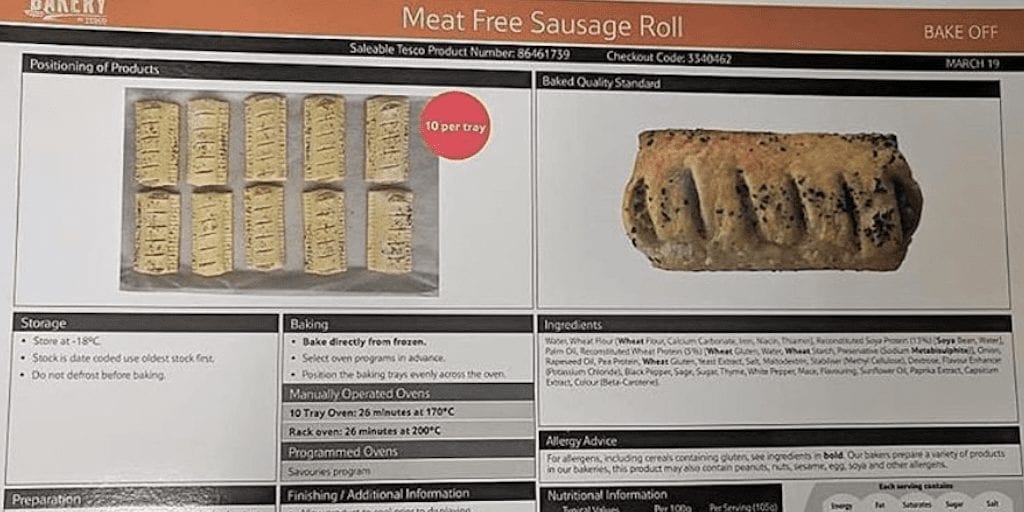 Tesco is set to launch a ready-to-go vegan sausage roll in stores, according to a leaked report from a supermarket insider.

A post on Accidentally Vegan UK’s Instagram feed has documented the impending release of a vegan roll which many will hope rivals the sensational launch of the Greggs vegan treat.

“This is so new, we’re sworn to secrecy on our source on this one.

“…should we also tag @piersmorgan?”

UK supermarket Tesco already stocks vegan sausage rolls in some of its stores, but the new version will be ready to eat on-the-go from the bakery counter.

One wrote: “So much easier for me to get to than Greggs!!! The UK supermarkets are doing amazing things for veganism in 2019!!”

Another added: “holy smokes. Vegan croissants can only be so far away…”

The vegan sausage roll at Greggs worked wonders for the company. Initial hysteria surrounding the release made the bakery’s social media team a viral sensation.

Piers Morgan was roundly mocked for his knee-jerk reaction to the sausage roll’s launch, and since its release the company has reported a record profits, and is plotting introducing new vegan products around the UK.

Will you give the Tesco vegan sausage roll a go? Tell us in the comments section below!