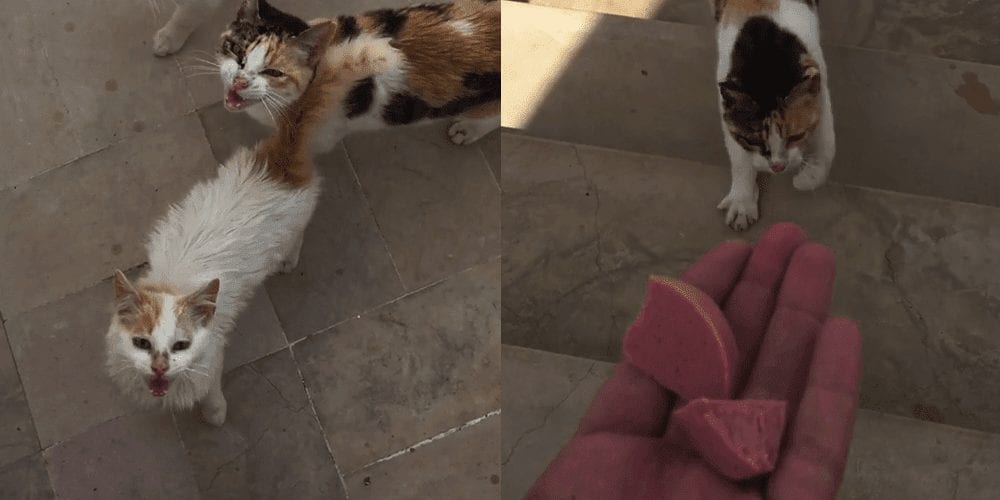 The neighbour of a vegan cat owner has been so concerned about the diet’s impact on the pets’ health, they have secretly been feeding the cats salami.

A video posted on Reddit shows the neighbour calling the cats, who sprint towards them and gobble up the food dropped on the floor.

“Meet my neighbour’s Cats. My neighbour is vegan and she doesn’t feed them meat,” the poster explains.

“So I sneak some salami for them once in a while. BTW, they are a family, a mother, daughter, and granddaughter.”

The question of whether or not a cat can be vegan often causes heated debate – even between vegans.

A typical argument against feeding cats a vegan diet is their dependence on taurine – which is found mostly in meat and without which cats can go blind and have serious digestive problems.

But you can buy fortified cat food online and in pet shops, and some experts have argued it is possible for a cat to live a healthy life on a vegan diet.

But even those who promote a vegan diet for cats say it’s vital that they eat fortified food to ensure they get sufficient nutrients, and vegan cats should also be carefully monitored.

Responses on Reddit to the post were largely scathing towards the vegan cat owner, as users condemned their decision to feed the cats on a plant-based diet.

Do you think cats should be vegan? Tell us in the comments section below!