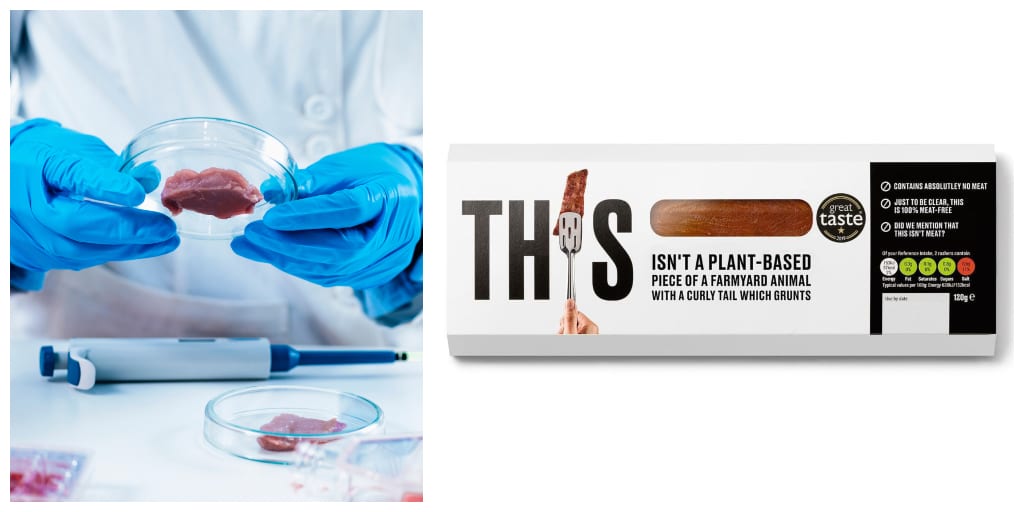 Meat-alternative brand THIS has stirred up a scandal after a whistle-blower apparently tried blowing the lid off the brand secretly using lab-grown meat.

The company has been one of the pioneers in the plant-based meat sector creating innovative award-winning products that  ‘look and taste just like meat’.

As part of an exposé, Katie Shields, the new social media Executive for THIS, released unverified footage from the company’s laboratory to show the brand is actually using real chicken DNA to create its ‘hyper-realistic‘ products.

She claims in her video that she has used some inside contacts to access the laboratory where she shows images of chicken chunks growing in petri dishes.

Scientists working at the lab also confirm they use live DNA to grow the lab grown meat.

Footage also shows caged chicken kept at the lab. According to the lab worker, only organic farm-reared chickens are used since that gives the best flavour.

Not ‘doing any harm’

Shields’ footage on the company’s Instagram account also includes a snippet of a recorded Zoom call with co-founder Andy Shovel, who is heard saying:  “I don’t see that we’re doing any harm.

“You know, industrial farming is the real problem. We’re just kind of saving the day… It’s a bit of misdirection – harmless misdirection.”

The footage video post has received a flurry of comments from irate customers criticizing the company with some even pledging to boycott it altogether.

However, the next video on the official account has the team reveal that “chicken fillets were actually silicone bra inserts.”

The team holds up an April Fool’s day sign and writes in the caption: “That took some brainstorming. Happy April 1st from THIS™ team.”

While many saw through the ploy and applauded the team for the very convincing joke and sense of humour, others slammed THIS for the dumbest joke ever.

One user wrote: “Unfortunately whilst with good intentions this was tone deaf. There are many people frankly losing their minds over on plant based news and spreading this information as fact. This could damage the meat alternative industry as a whole causing severe mistrust. Do we need more mistrust and deceit in the world right now?”

“I won’t be buying anymore products purely because this was the dumbest ‘joke’ ever. Probably should get yourselves a new media manager,” commented another.

“I don’t think anyone saw the funny sign. Never buying your products again,”  a third added.

“This is not a good joke. The other video is already going around internet without any context. It will ruin your brand,” a fourth user commented.