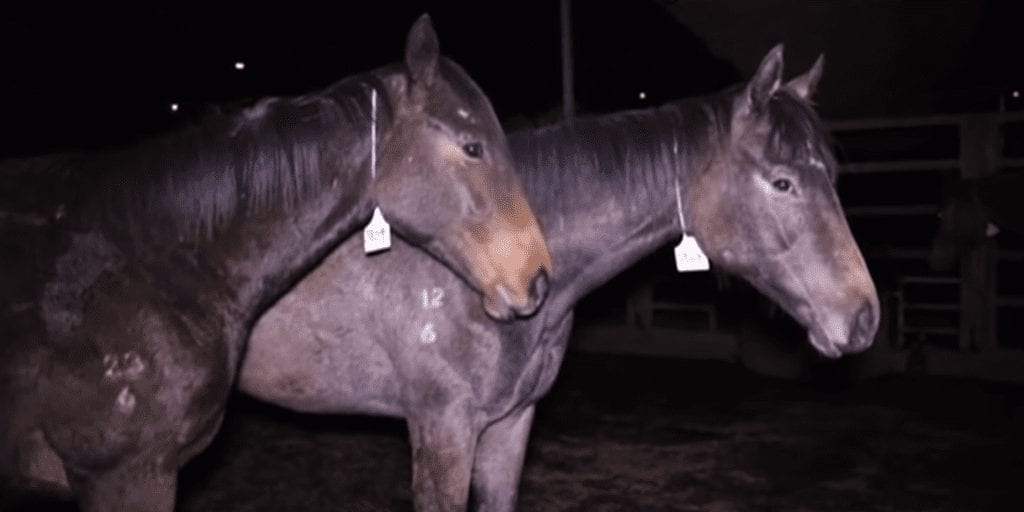 An investigation into the Australian racehorse industry has reported that thousands of horses have been secretly slaughtered.

Victoria’s racehorse body said it will audit horses which have not raced within the last 18 months after ABC aired a program which revealed horrific abuse of animals.

A two year investigation has culminated in the release of footage which shows horses beaten, shocked with electric prods and even kicked while dying on the floor by slaughterhouse workers.

Elio Celotto, from the Coalition for the Protection of Racehorses, explained on air that the group recorded activities of the Meramist Abattorior north of Brisbane for two years.

He said 4,000 racehorses had been killed in one other Queensland slaughterhouse alone.

The chief executive of Racing Victoria, Giles Thompson, has backed demands for a national register for horses in response to the scandal which has rocked a highly lucrative industry.

The footage was revealed days before the $14 million Everest race in Sydney.

“We are sickened by the horrific images that we saw on ABC 7.30 Report last night, particularly the inhumane treatment of horses at the Queensland abattoir,” Thompson said in a statement.

“Abattoirs and knackeries are regulated by state governments and we expect those authorities to ensure animal welfare standards are maintained and compliance is strictly enforced.

“In the meantime, we will be prioritising the activities detailed in our three-year equine welfare strategic plan released this year including an audit of Victorian horses that have not raced in the past 18 months but are not listed as retired with Racing Australia.”

Official data suggests only 34 horses are sent to the slaughterhouse each year, but the investigation claims this figure is highly inaccurate.

Share this article to show the world the reality behind the horseracing industry.