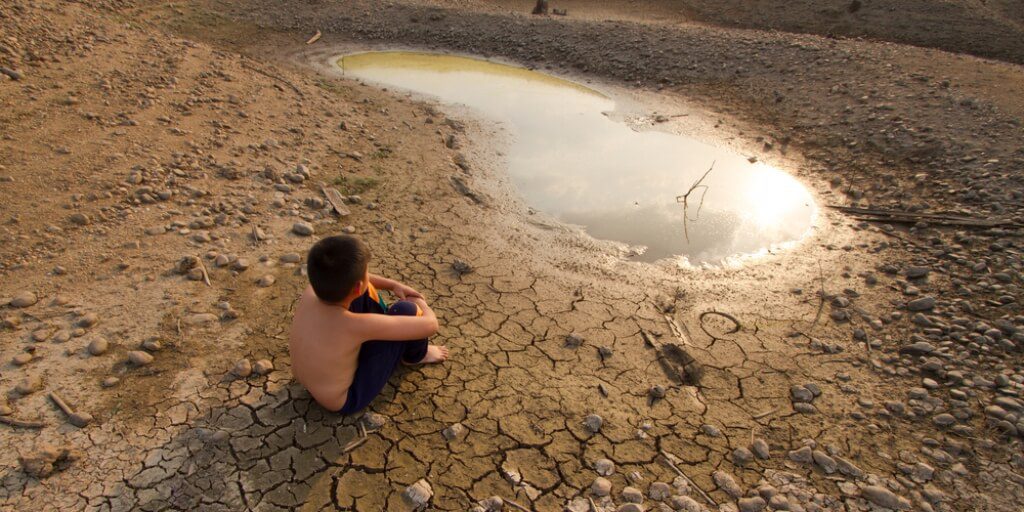 The report highlights the ‘intergenerational injustice’ of the climate crisis.

Today’s children are set to suffer more climate disasters in their lifetime as compared to their grandparents, according to a new research.

The study is the first-of-its-kind to assess the impacts of climate extremes by different age groups and focuses on the ‘intergenerational injustice’ of the climate crisis.

It analyzed multiple climate and demographic models to compare the risks faced by previous generations to the number of extreme events today’s children will witness in their lifetimes.

Published in the journal Science, the findings show that under the current climate policy, newborns across the globe will on average face seven times more intense heatwaves during their lives than their grandparents.

In addition, they will on average see twice as many wildfires, witness, 3.4 times as many river floods, almost three times as many crop failures, and 2.3 times as many droughts as people born 60 years ago.

According to Wim Thiery, professor at Vrije Universiteit Brussel in Belgium and study lead author, at and above 1.5°C of warming, lifetime exposure to heatwaves, crop failures, droughts, and river floods for people born after 1980 is unmatched by pre-industrial climate conditions.

Moreover, the study highlights that young generations in low-income countries will face even more severe implications of climate change. The study predicts an almost sixfold increase in lifetime extreme event exposure, and even 50 times more heatwaves for children in the sub-Saharan African countries.

‘Our future is insecure’

The study come just before the COP26 climate change summit in Glasgow in November where more than 200 nations and over 30,000 people, are expected to converge and rally for climate justice.

“Young people are being hit by climate crisis but are not in position to make decisions,” Thiery said.

“While the people who can make the change happen will not face the consequences.”

Emanuel Smari Nielsen, a 14-year-old climate activist from Norway said: “The future for me and everyone who comes after is so insecure.

“When politicians and those with power do not do anything, it makes me feel tired. It almost makes me angry.”

While the situation is grim, researchers note that meeting the Paris Agreement target of 1.5°C above pre-industrial temperatures, instead of the current climate trajectory that places the planet on a course for more than 3°C of warming would almost halve the heatwaves today’s children will face, while keeping under 2C would reduce the number by a quarter.

Thiery added: “Our results underline the sheer importance of the Paris Agreement to protect young generations around the world.

“If we manage to drastically reduce our emissions in the coming years, we can still avoid the worst consequences for children worldwide. At the same time, a sobering message for the youth in low-income countries emerges, where incredibly challenging extreme events are robustly projected, even under the most stringent of climate action futures.”