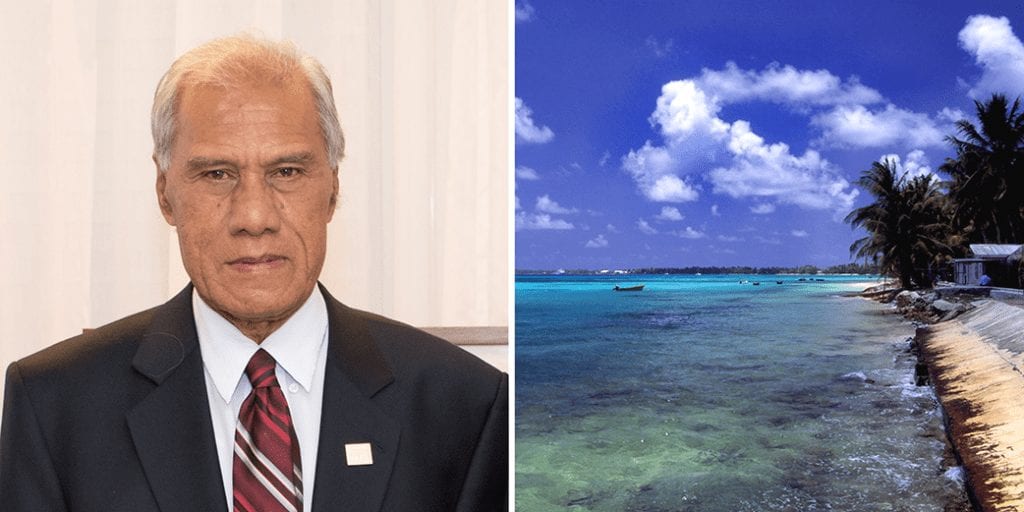 Tongan Prime Minister Akilisi Pōhiva broke down in tears at an international climate summit amid fears that rising sea levels could wipe out his country.

Small pacific islands face a genuine risk of being swallowed by the ocean as world leaders fail to take necessary action over global warming.

He revealed that the Tongan Prime Minister had been brought to breaking point when activists gave a presentation about the risks of climate change – which aimed to convince Australia to take more forceful action.

“The prime minister of Tonga actually cried, in the retreat, did you know that?” Sopoaga said standing beside scott Morrison, Australia’s Prime Minister.

“The leader of Tonga actually shed tears in front of the leaders, because of the passion referring to the presentation from the two young warriors of climate change the other day.”

The admission will have come as a shock to politicians and delegates, as the Tongan Prime Minister Akilisi Pōhiva is regarded as a stony-face, battled hardened politician.

Leaders met for 12 hours at the conference and agreed to call on G7 and G20 members to “rapidly implement their commitment to phase out inefficient fossil fuel subsidies”.

It warned that small island nations in the pacific “can only exist if the international community pursue efforts to limit global warming to 1.5 degrees above pre-industrial levels, as set out in the Paris Agreement”.

“We stressed very strongly during our exchange, in fact, between me and Scott [Morrison], that you are concerned about saving your economy in your situation in Australia,” Mr Sopoaga said after the conference.

“I’m concerned about saving my people in Tuvalu and likewise the leaders of other South Pacific small island countries.

“Please don’t expect that we came and we bow down [to Australia], or that sort of atmosphere.”

The panel concluded that climate change is the single biggest threat to the livelihoods, security and wellbeing of pacific islands.

What action must world leaders take to effectively fight climate change? Share your thoughts in the comments section below!