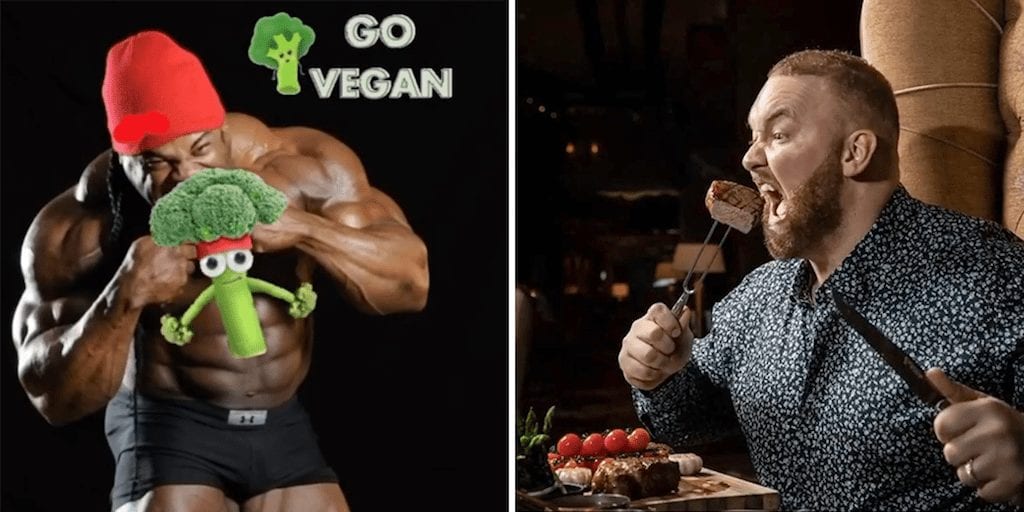 Later, he posted a picture of Júlíus Björnsson on his Instagram account inviting the sports star to try a plant-based diet.

“Look at gorillas ? bro they only eat plants! All joke aside tho, a vegan diet is more effective for a strongman than a bodybuilder – so you’ll see better benefits then I would.”

Replying to the comment, Björnsson said: “Definitely an interesting topic! I might as well give it a try for a week on my offseason.

“I’m always willing to give everything a chance! Especially when it comes from legends like Arnold Schwarzenegger and Kai Greene.”

The post got one of the Diesel Brothers On Discovery Channel – the.muscle to also respond stating: “I may just try this @kaigreene.”

Greene replied: “@the.muscle why not ?? I mean it’s nothing serious, I’m on day 3 – feeling good – I eat clean as it is so minor tweaks I can see differences within a few days.”

“I know right! Making a switch to a plant-based diet has been one of the best choices I have made ??,” wrote another user.

“@kaigreene you’re such an inspiration bro! I remember watching you in Generation Iron when I was like 15 and just thought you were so cool! I think you’re even COOLER now that you’re transitioning to vegan!! Wow, so amazing. Keep it up!!! ?,” added another.

However, some users shot back at Kai Greene’s comment.

“@kaigreene Kai, we didn’t evolved from gorillas either ??‍♂️ plant based diet is beneficial only for those who has problems with cholesterol and other cardiovascular conditions. Humans a lot closer relatives to chimps than gorillas, and chimps are omnivorous, like us, humans ??‍♂️,” posted an Instagrammer.

“@kaigreene we we are not gorilla neither. Lions or bears, tigers are as mammal carnivore as humain being are. If you stop this is only because to be well seen by the medias and ecologists militants. Is ridiculous,” commented another user.