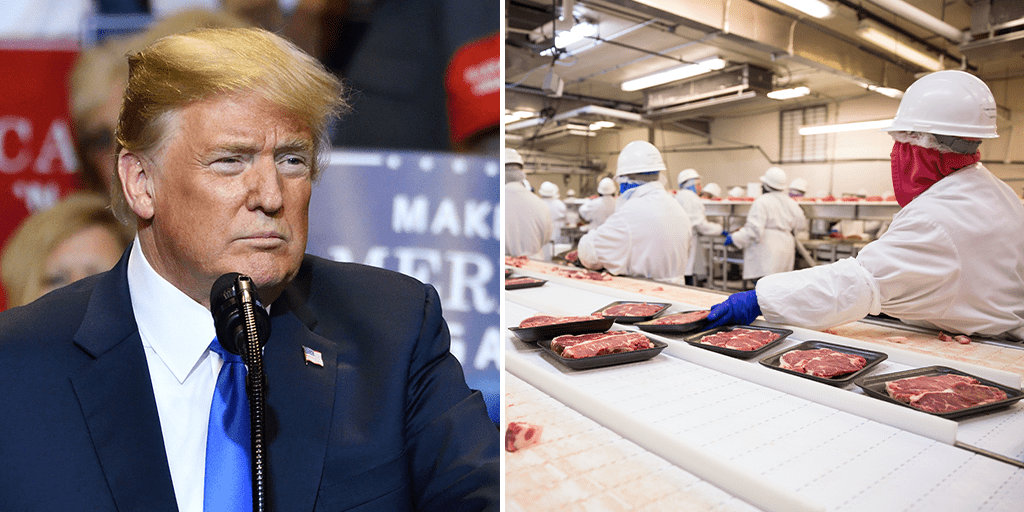 According to Bloomberg, the order will cover plants producing pork, chicken and eggs.

Reuters reports that the order will provide a legal cover with more liability protection in case employees of the meat processing plants catch COVID-19 as a result of having to go to work.

The EO order comes after approximately 20 slaughterhouses had to halt operations when workers started falling sick with COVID-19.

Earlier this month, Tyson Foods shut down its largest pork processing plant in Waterloo, IA along with other meat industry giants including Smithfield, Cargill, National Beef, and JBS following suit.

“In addition to meat shortages, this is a serious food waste issue,” he added.

“Farmers across the nation simply will not have anywhere to sell their livestock to be processed when they could have fed the nation. Millions of animals—chickens, pigs, and cattle—will be depopulated because of the closure of our processing facilities.”

According to UFCW, more than 6,500 meat processing workers have been exposed to the virus and twenty workers have already died.

“America’s meatpacking workers and our nation’s food supply are in greater danger every day that companies and leaders fail to act during this outbreak,” said UFCW president Marc Perrone in a statement.

“While we share the concern over the food supply, today’s executive order to force meatpacking plants to stay open must put the safety of our country’s meatpacking workers first.

“Simply put, we cannot have a secure food supply without the safety of these workers.”

“For the sake of human health and on behalf of the animals destined to be slaughtered and the migrant and other workers who are treated like scum in these slaughterhouses and whose families are more at risk than in almost any other job, PETA asks the nation to rise up and shout a resounding ‘no’ to keeping slaughterhouses open,” said Newkirk.

“We stand ready and willing to help anyone who would like to make the transition to a vegan way of life.”

Share this news to reveal the perils of the meat industry.