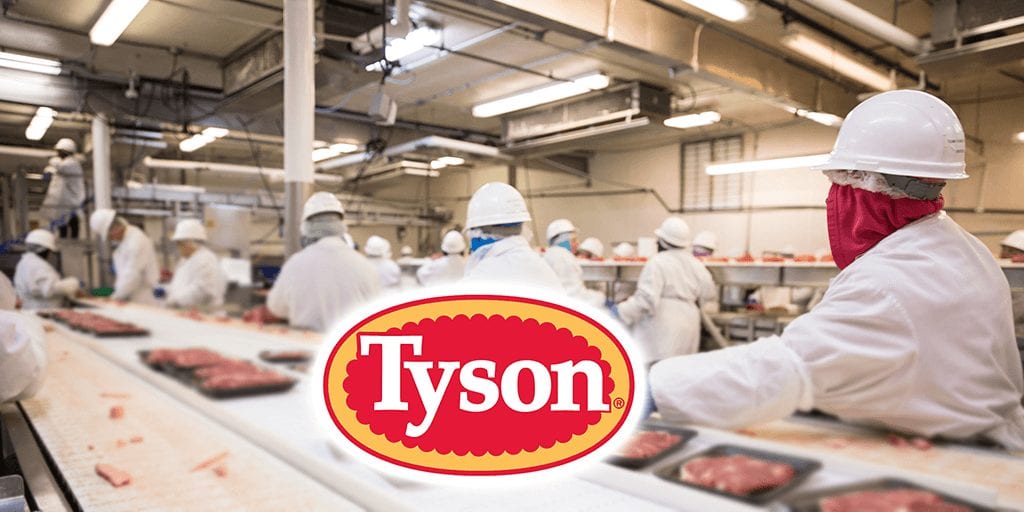 Several meat processing plants, including Tyson Foods have been shut down indefinitely

Tyson Foods, one of the biggest meat producers in the U.S., has shut its pork processing plant in Waterloo, Iowa after struggling to contain the number of positive coronavirus cases at the plant.

According to the county’s health department nearly 182 of the county’s 374 confirmed cases of the coronavirus have been traced back to the plant.

The Waterloo plant is said to account for 4% of U.S. pork processing capacity, according to the National Pork Board and Tyson was reluctant to shut the plant despite objections of alarmed local officials.

Last week, Waterloo Mayor Quentin Hart called for the Tyson facility to be shut down along with other local officials who warned that the operating plant would exacerbate the spread of the virus in the area further risking its workers’ health.

“Despite our continued efforts to keep our people safe while fulfilling our critical role of feeding American families, the combination of worker absenteeism, COVID-19 cases and community concerns has resulted in our decision to stop production,” said Tyson Fresh Meats president Steve Stouffer in a statement.

The virus that reportedly started from a wet market in China’s Wuhan last December, has since spread killing more than 185,061globally. The number of deaths in the U.S. reached 47,681 at the time of writing.

Several US meatpacking plants have temporarily shut down. According to Daily Mail, more than 11 meat companies including producers Smithfield foods, Cargill, National Beef Packing Co, and Empire Kosher Poultry Inc. have either closed facilities or reduced production in North America in wake of the coronavirus spread and employee wellbeing.

Some have stayed open or resumed production after brief pauses for worker testing and cleaning including Tyson’s processing plant in Columbus Junction, Iowa, which resumed after shutting down for two weeks following a rise in positive COVID-19 cases and the deaths of two workers

About 25 percent of U.S. pork production is now either stopped or working slowly, according to Steve Meyer, a pork industry economist with Kerns & Associates.

Consequently, some hog farmers are left with no place to ship their market-ready animals.

Meyer added that some hog producers had started euthanizing piglets due to shortage of space.

“We fully understand the seriousness of a plant closure and its economic impact,” said Cordova.

“However, safety must take precedence over profits.”

Share this story to reveal the perils of the meat industry.