UK urged to back artificial meat in fight against climate crisis 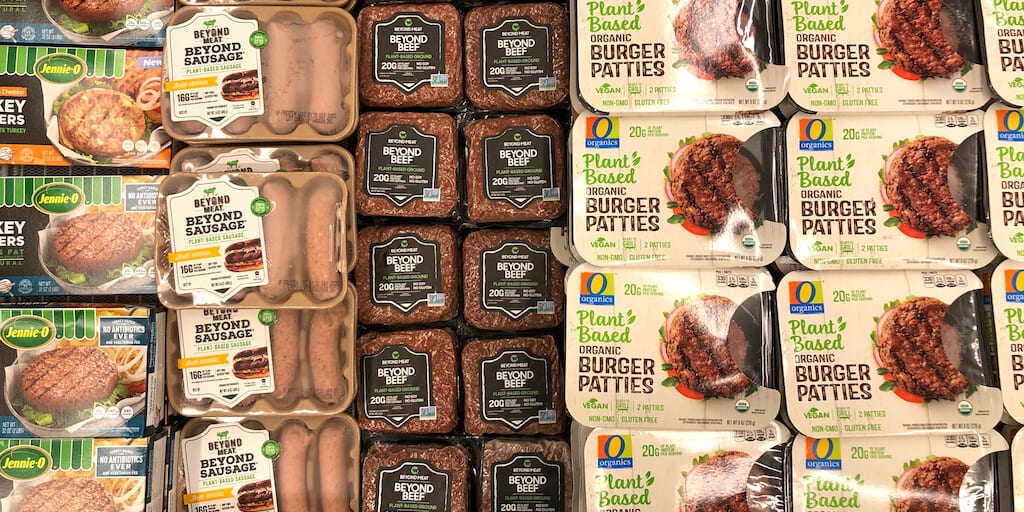 The UK government is being urged to encourage the consumption of ‘alternative proteins’ by the development and sale of artificial meat.

According to a report from the Social Market Foundation (SMF), the alt protein market – referring to three types of analogues including plant-based, fermented, and cultured meat – can offer numerous benefits such as opening up a green export opportunity for British businesses, reducing the risk of zoonotic diseases, improving animal welfare, and most importantly tackling the ominous climate crisis.

The report added that the sector will also be politically easier for ministers to promote than taxing traditional meats.

Animal agriculture – a significant contributor to carbon emissions – accounts for 14.5% of the world’s greenhouse gas emissions.

The report states that if the UK is to reach its Net Zero commitments, then meat consumption will need to reduce over the coming decades.

Recently, the Committee on Climate Change said that UK needs to reduce its meat consumption by more than a third by 2050.

The National Food Strategy Report released in July also called on the government to reduce the nation’s meat intake by 30%.

However, despite the growing popularity of meat-free diets and products, the UK today consumes only 6% less meat per capita in the home than in 1974.

While the UK government rejected calls for a ‘meat tax’, the report highlights that ‘a thriving alternative protein sector is likely to be a condition for winning consent for any future interventions designed to reduce meat consumption’.

“Without adequate alternative product offerings, the contested issue of a future ‘meat tax’ could be met with resentment,” the report noted.

“There are also a range of additional dividends on offer, including the employment opportunities and improvements in animal welfare.”

“A better solution would be to help consumers transition to more sustainable dietary habits by expanding the range of alternative protein products on the market.

“We can only expect consumers to switch from eating meat if product offerings are high-quality, affordable, and easily accessible.”

While UK has committed £90 million to support new alternative protein research, the SMF said that the government needs to increase its commitment or risk being left behind a global race to develop alternatives to meat.

“The government can help deliver a thriving alternative protein market by providing funding for a new research cluster and strategic support for the industry,” the report said.

“The global race for alternative proteins is on and the UK should be leading the charge.”

Share this story: UK urged to back artificial meat in fight against climate crisis.