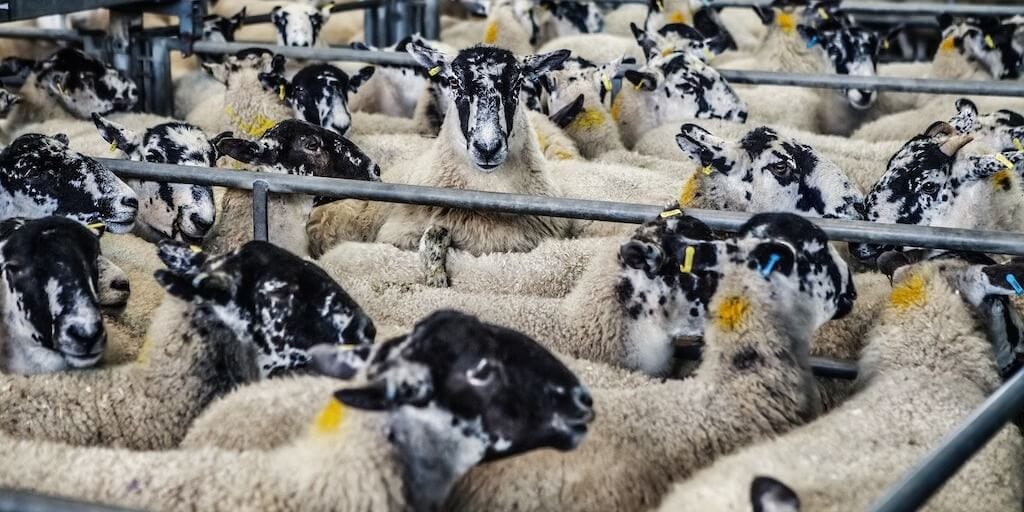 “We can no longer ignore the inextricable link that exists between the way we treat animals, our own health and that of the planet.”

The UK has announced it will ban the live export of animals for slaughter and fattening as it aims to reinforce its position as a global champion of animal rights.

The announcement is part of the Queen’s 67th annual parliamentary speech in which the Royal highlighted a number of new animal welfare policies.

She confirmed laws will be brought forward to “ensure the UK has, and promotes, the highest standards of animal welfare.”

According to reports, a raft of measures will be covered by three bills to be introduced over the next year which includes the Animal Welfare Bill, Animals Abroad Bill, and Kept Primates Bill.

The Animal Welfare (Sentencing) Bill- a new law that recognises animals are sentient beings – which have feelings such as pleasure, pain and fear – received the Queen’s formal approval, making it the first major UK animal safety measure since the Animal Welfare Act 2006.

The bill is expected to come into force in June 2021.

Under it, the government apart from ending live animal exports, will commit to recognising animal sentience post-Brexit and increase the maximum sentence for animal cruelty to five years along with unlimited penalties on offenders.

It will also pledge to take “further steps” to limit the foie gras trade.

The animal welfare plan also includes measures to protect wild animals by imposing a ban on the import of hunting trophies – as well as prohibiting advertising for the trips to hunt them under the Animals Abroad Bill.

In addition, The Kept Primates Bill will aim to stop people from keeping primates as pets, crack down on animal theft, puppy smuggling and illegal hare coursing.

New legislation will also aim to include the compulsory microchipping of cats,  restrict the use of glue traps and fund wildlife conservation projects at home and abroad.

According to the government, the plans for the three bills will bring in “greater protections for wild animals by ending low welfare practices”. It will also make sure “effective powers are available to address welfare challenges” for farm animals and highlight “the importance of pets to people’s lives”.

Today the Government unveils its #ActionForAnimals plan, which contains lots of promising commitments 👏 As part of the #ActNowForAnimals Coalition, we look forward to working with them to develop legislation to help as many animals as possible. Read more: https://t.co/Ugjm6aMVe7 pic.twitter.com/KKt9OYt1t4

Environment minister George Eustice said: “We are a nation of animal lovers and were the first country in the world to pass animal welfare laws.

“As an independent nation we are now able to go further than ever to build on our excellent track record.”

Animal welfare organisations welcomed the moves in the action plan.

Chief executive of the Royal Society for the Prevention of Cruelty to Animals (RSPCA), Chris Sherwood, said: “We can no longer ignore the inextricable link that exists between the way we treat animals, our own health and that of the planet – but to really achieve a step change, it will take courage from right across government.

“We urge the government to put animal welfare at the heart of policy making and make these announcements just the beginning of an evolving, holistic animal health and welfare strategy.”

“We welcome the animal welfare measures announced in the Queen’s Speech today, particularly a crackdown on puppy smuggling, cat microchipping and tackling pet theft,” the organization wrote on Twitter.

“We look forward to working with the Government on all of these important issues.”

Share this story: UK to ban live export of animals for slaughter as part of welfare plan.