UK dairy farmers’ profits drop by 50 percent in one year 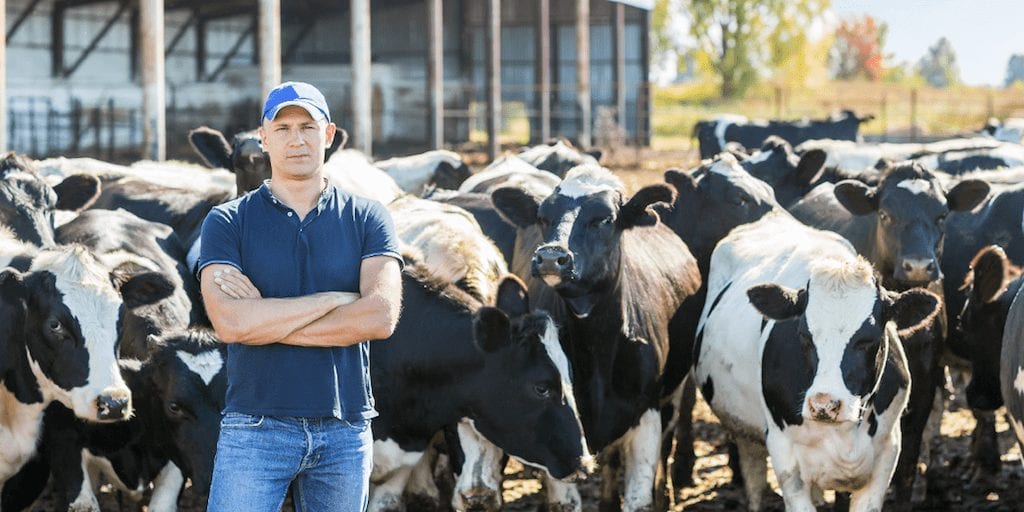 Dairy farmers in Britain suffered a 50% reduction in their profits in just one year as the demand for cow’s milk steadily declines.

The Agriculture and Horticulture Development Board (AHDB) reported that since February, 30-35 dairy farmers have quit the industry with only around 8,820 dairy producers left in Great Britain.

Defra statistics published in June also highlighted that the population of milk yielding bovines more than two years old has dipped by 1.1 percent.

While the depreciation in dairy profits has been attributed to an unusually dry summer, increased costs and Brexit uncertainty, most dairy farmers pinpoint the rise in plant based-milk as a major contributing factor in the declining dairy demand.

A recent study by Mintel found that 25 % of  Brits now choose plant milk and the demand for dairy milk is consistently shrinking.

Alternative milks made from oats, almonds and coconuts has surged by 10% in two years with oat milk registering a 70% surge in 2018.

“This is part of a much wider plant-based movement, driven by concerns around health, ethics and the environment,” said Emma Clifford, associate director of UK food and drink at Mintel.

A survey by National Dairy Farmer has indicated that about 6 percent of dairy farmers were looking to quit the industry within the next two years due to huge losses.

In the US, dairy milk sales plummeted by $1.1 billion last year, while demand for plant-based milk has surged by 61 percent since 2012.

People have been opting for dairy alternatives for health, environment and animal safety.

Several studies have pointed out that milk is linked to obesity, diabetes, heart disease, and some cancers.

In addition, studies have confirmed that milk is not essential to bone health and lactose intolerance affects more than 65 percent of the human population.

The meat and dairy industries are responsible for about 13 per cent to 18 percent of global greenhouse gas emissions caused by humans due to deforestation and emissions linked to raising animals.

Independent think tank RethinkX released a report which indicates that the beef and dairy industries will be “all but bankrupt” by 2030.

The report titled -The Second Domestication of Plants and Animals, the Disruption of the Cow, and the Collapse of Industrial Livestock Farming, gives a comprehensive analysis into the reasons the meat and dairy industries are facing a drastic decline.

Is the dairy industry doomed to extinction? Share your thoughts in the comments section below!