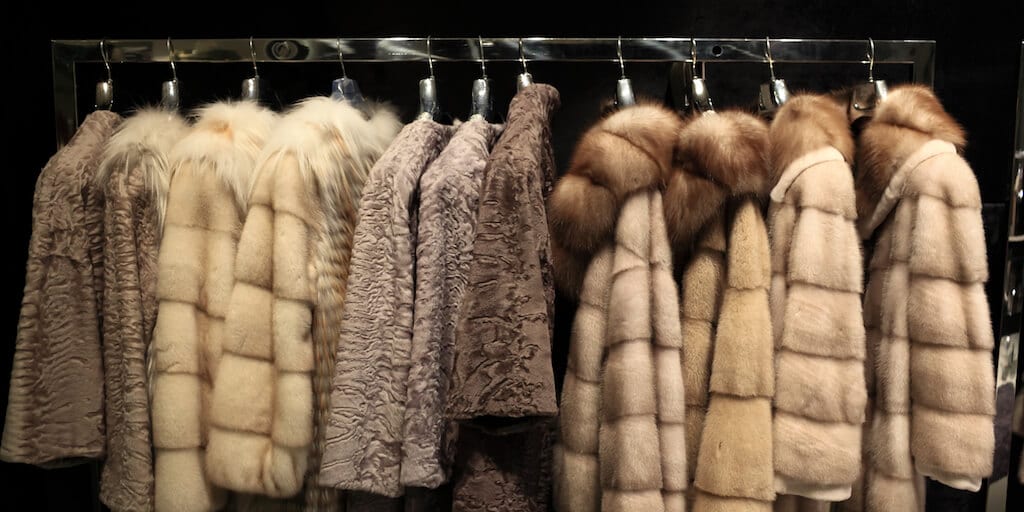 “The vast majority of British consumers reject fur, and as the revolting cruelty of fur is exposed, a global decline in demand for fur fashion has sent this industry into a downward spiral.”

Eight of Britain’s top luxury fashion designers are calling on Prime Minister Boris Johnson to make UK the first country in the world to ban the sale of furs.

The letter in support of Humane Society International’s FurFreeBritain campaign reads: “Fashion, driven by consumers and made possible by innovation, is evolving to make animal fur obsolete, as more and more luxury fashion designers and department stores are eliminating it from their collections. Our fur-free policies are informed by the beliefs and expectations of the majority of UK consumers, who reject animal fur on ethical grounds.

“We are proud to support the growing fur-free movement as we know the majority of UK consumers want fur-free fashion items. We salute and applaud Humane Society International’s #FurFreeBritain campaign.”

Fur trade in the UK

Fur farming has been banned in the UK since 2003, however, the country still allows imports and sale of fur from other countries, especially Finland, China, France, and Poland.

According to Humane Society International, more than 100 million animals are slaughtered for their fur each year worldwide, including mink, fox, raccoon dog, chinchilla, and rabbit. This number equals around three animals dying each second, just for their fur.

“Fur has no place in any compassionate society and today its use is unnecessary and inexcusable. Plainly, fur is immoral, cruel, and barbaric,” McCartney, who recently released her first garments using mushroom leather was quoted as saying in the report.

“It does surprise me when brands still make the active decision to work with real fur, especially when there are such good faux alternatives out there” Weiland added in the letter.

The call for a fur ban has become even more pressing ever since the highly contagious coronavirus has been detected on mink farms indicating the palpable risks of mink fur farms incubating pathogens transmissible to humans.

More than 420 mink fur farms in 11 countries have reported infections leading to the mass slaughter of mink in several countries.

In 2019, California became the first US state to ban the sale of furs following similar bans in cities such as Los Angeles, San Francisco, Berkeley, and West Hollywood. Lawmakers in Rhode Island, Oregon, New York, Washington, and Massachusetts have also rolled out measures to prohibit fur sales..

“By proudly flying the flag for fur-free fashion, these iconic British fashion designers have their finger on the pulse,” Claire Bass, executive director of Humane Society International/UK, said.

“They refuse to put cruelty on the catwalk because they know there is nothing glamorous about mentally deprived foxes, anally electrocuted raccoon dogs, COVID-19 infected mink, and wild trapped coyotes shot in the head.

“ The vast majority of British consumers reject fur, and as the revolting cruelty of fur is exposed, a global decline in demand for fur fashion has sent this industry into a downward spiral. Killing animals for fashion does not reflect brand Britain, even her Majesty the Queen has stopped buying new fur.

“So it’s time for our government to consign the fur trade to the history books where it belongs and ban the sale of fur.”